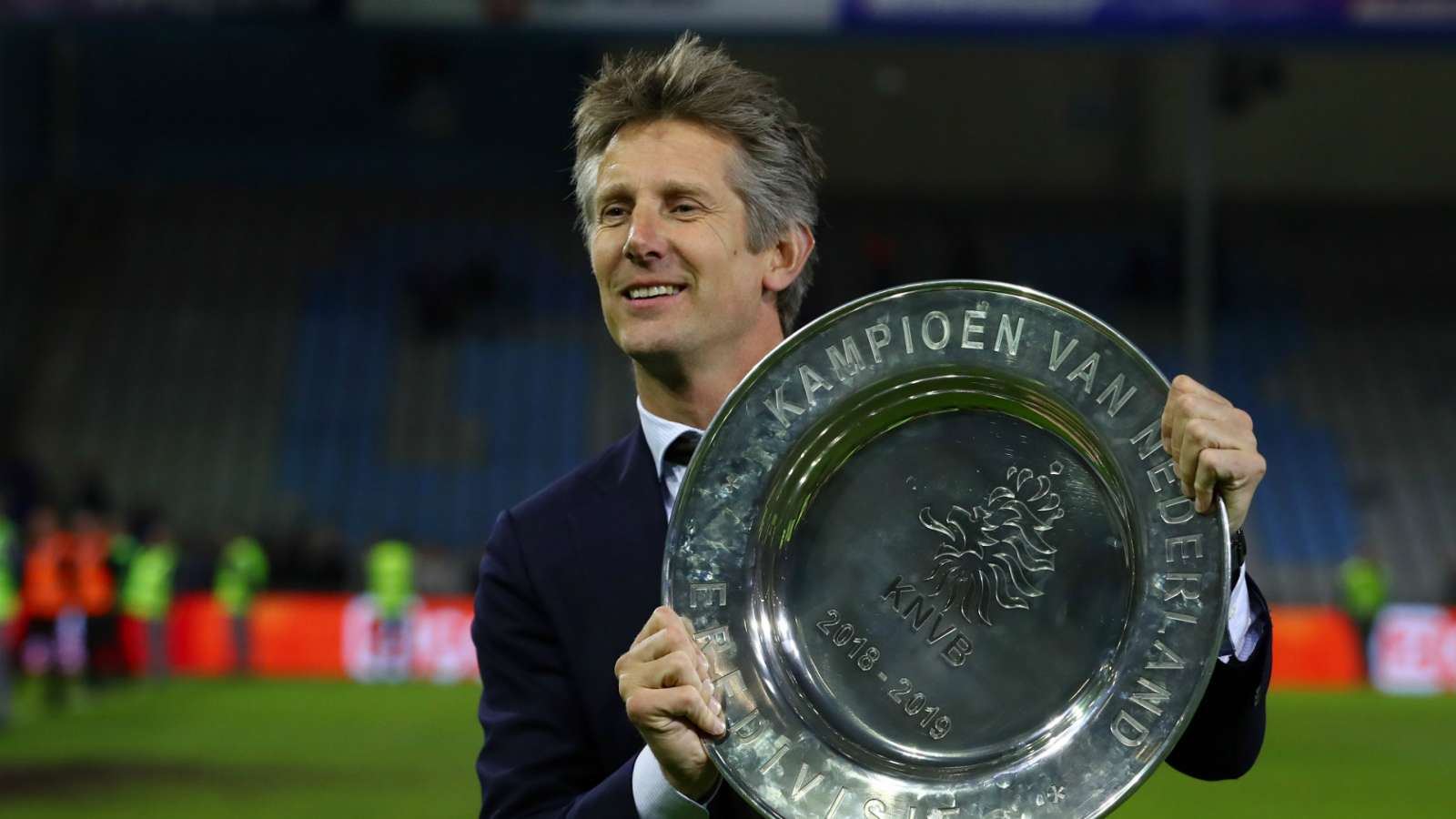 Getty
The former Netherlands No. 1 has overseen a renaissance for Ajax in recent seasons, leading to interest from Old Trafford

The former United goalkeeper is reportedly a target for the Premier League club as they seek to appoint their first sporting director.

United have struggled in the transfer market since the 2013 retirement of managerial great Alex Ferguson, under whom Van der Sar played.

He is also no stranger to the inner workings at Old Trafford.

The ex-Netherlands No. 1 spent six seasons as United's first-choice goalkeeper following a move from Fulham in 2005.

He eventually retired from top-level football in May 2011 aged 40, having helped the team managed by Ferguson to four Premier League titles as well as Champions League success in 2007-8.

But a move back to the Premier League does not appear to be on the cards for the 48-year-old, who was asked about the links to United after playing in Vincent Kompany's Manchester City testimonial on Wednesday.

"No, I'm focused on my job as chief executive at Ajax," Van der Sar told reporters.

"We had a fantastic year in Europe last year, also won the league in Holland.

"We want Ajax at a higher European level and making sure we get back to the elite. That's what we're working on.

"I'm enjoying my time at Ajax. We touched the top level last year and we have to make sure we have the best opportunity to stay there."

United have only won one of their opening four Premier League matches this season following a 1-1 draw at Southampton prior to the international break.