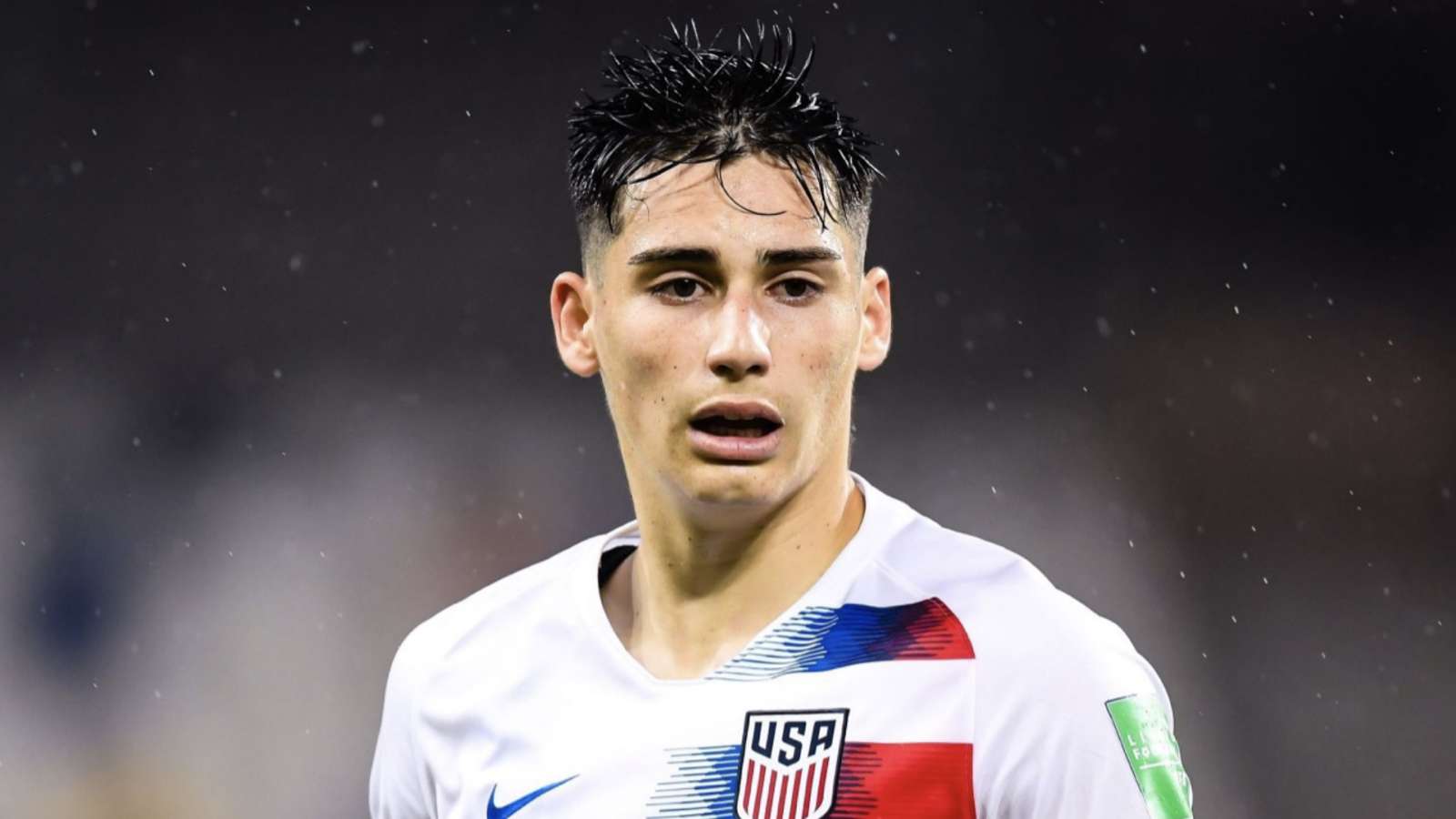 Getty
The French overcame an early U.S. goal, but two late strikes by Tab Ramos's side led to a last-16 upset

The United States pulled off one of the shocks of the Under-20 World Cup, knocking off tournament favorites and previously undefeated France 3-2 in a last-16 match on Tuesday.

Justin Rennicks pounced on a rebound spilled by France goalkeeper  Alban Lafont,  bundling home the winner in the 83rd minute to give the United States an improbable victory after battling back from a 2-1 second-half deficit.

The Americans move on to the Under-20 World Cup quarterfinals for a third straight tournament, and will take on Ecuador on Saturday.

U.S. striker Sebastian Soto opened the scoring against the run of play, scoring on a 25th-minute counterattack after a through ball from Richie Ledezma

But France looked poised for victory after erasing that early 1-0 deficit, with Amine Gouiri scoring just before halftime, and Nabil Alioui giving the French the lead in the 55th minute.

France controlled the match for long stretches, but the Americans received a spark from second-half substitutes Ulysses Llanez and Rennicks, who helped give the U.S. some energy it sorely needed.

Soto scored his second goal of the match in the 74th minute when he slipped in behind the French defense and settled an inch-perfect Tim Weah pass before converting his fourth goal of the tournament to tie the score.

The United States looked like the more energetic side in the match's final 25 minutes, with Llanez and Rennicks energizing the attack. The Americans broke through with the winner in the 83rd minute when Sergino Dest sent a long-range blast at goal that forced a save out of Fiorentina goalkeeper Lafont, who failed to catch the shot, spilling a rebound into the path of an alert Rennicks. The New England Revolution rookie raced in to convert the winner.

The Americans came into the match as considerable underdogs, not just because of France's quality, but also because starting midfielders Alex Mendez and Chris Durkin were suspended. U.S. coach Tab Ramos started Ledezma and Paxton Pomykal in their place, and Ledezma made the most of the opportunity, setting up the opening goal of the match with a beautiful dribble and pass to set up Soto's opener.

The United States now moves on and will be looking to reach the U-20 World Cup semifinals for the first time since 1989, when the Americans earned a fourth-place finish.