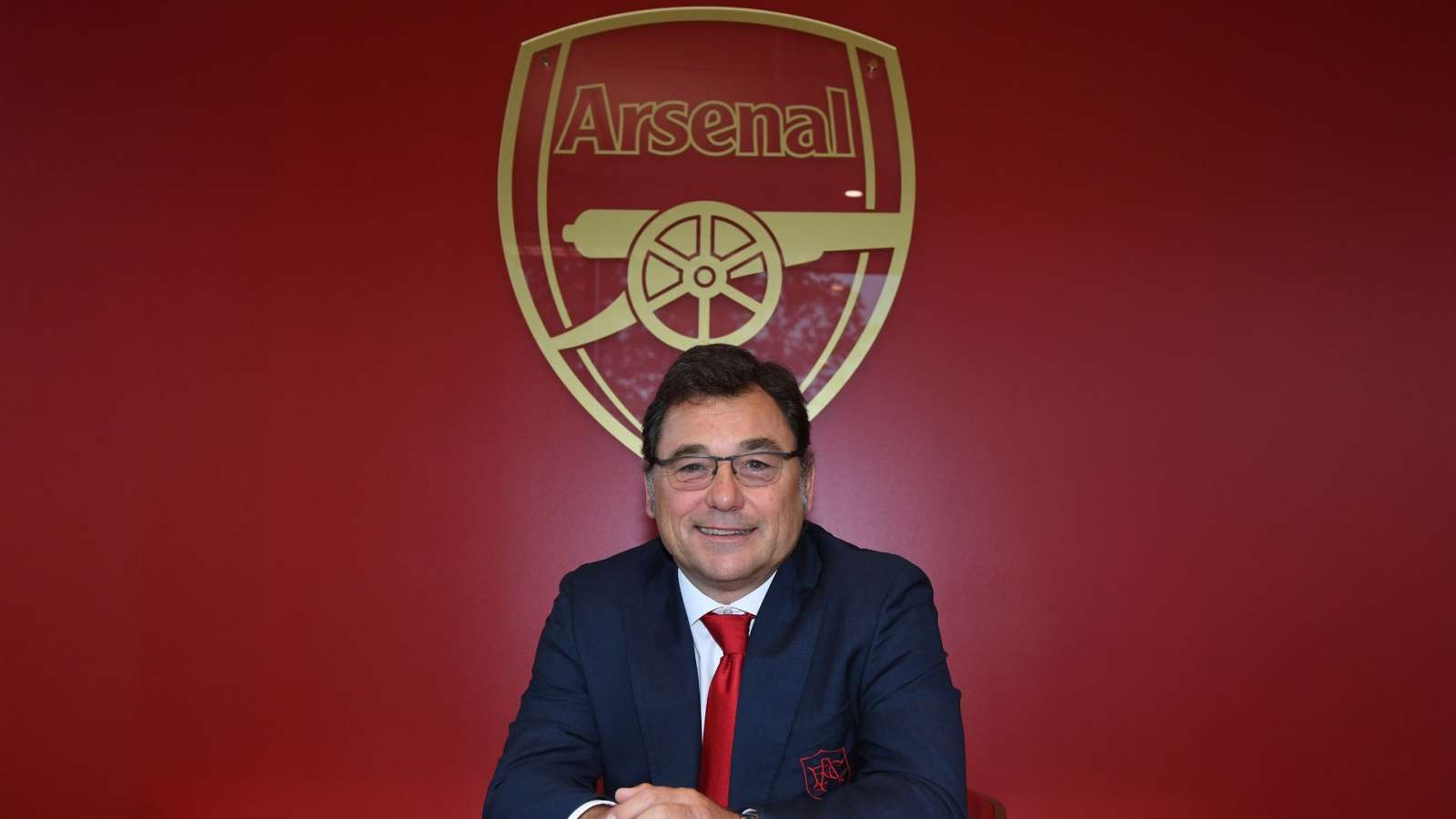 “That’s the guy who finally spent the money.”

Those were the words one Arsenal fan whispered to a confused Liverpool supporter when a buzz started to sweep around the streets outside Anfield last month.

The Gunners were on Merseyside to take on the Reds having just won their opening two Premier League games of a season for the first time in a decade.

Kick-off was around two hours away and those who had made the journey up from London were gathering outside the turnstiles behind the away section of the Anfield Road stand.

David O’Leary – who started in what must be the most famous meeting between Arsenal and Liverpool, in 1989 – began to filter through the crowds towards the directors' entrance.

But it wasn’t O’Leary, Arsenal’s record appearance-maker, who was generating the excitement. It was the man he was with. Raul Sanllehi, or 'Don Raul' as he is now lovingly known, had arrived and everyone wanted a piece of him.

For the Liverpool fans who were milling around, there was a sense of bemusement. Who was this short, stocky man with a backpack slung over his shoulder who had a constant stream of Arsenal supporters asking him for a photograph? They soon got their answer.

“Thank you for Pepe,” one joyous fan told Sanllehi as he vigorously shook his hand. “You’re the man, Raul,” another shouted.

It’s a whole new world at Arsenal these days – and it’s a 52-year-old from Spain who is leading the revolution.

Sanllehi arrived at the Emirates in November, 2017. He was appointed by Ivan Gazidis, then chief executive, as the new head of football relations in north London.

He was brought in from Barcelona – where he had served as director of football for a decade – to work alongside Gazidis and head of recruitment Sven Mislintat as part of the club’s new management structure.

But within less than a year, Gazidis had moved to AC Milan and in the power vacuum that followed, an increasingly marginalised Mislintat had left and Sanllehi was at the top of the tree.

In September 2018, he was confirmed as Arsenal's new head of football. A role that would see him lead all football activities, with managing director Vinai Venkatesham taking charge of the business operations.

Just one year on from that announcement, Sanllehi’s stock has never been higher. 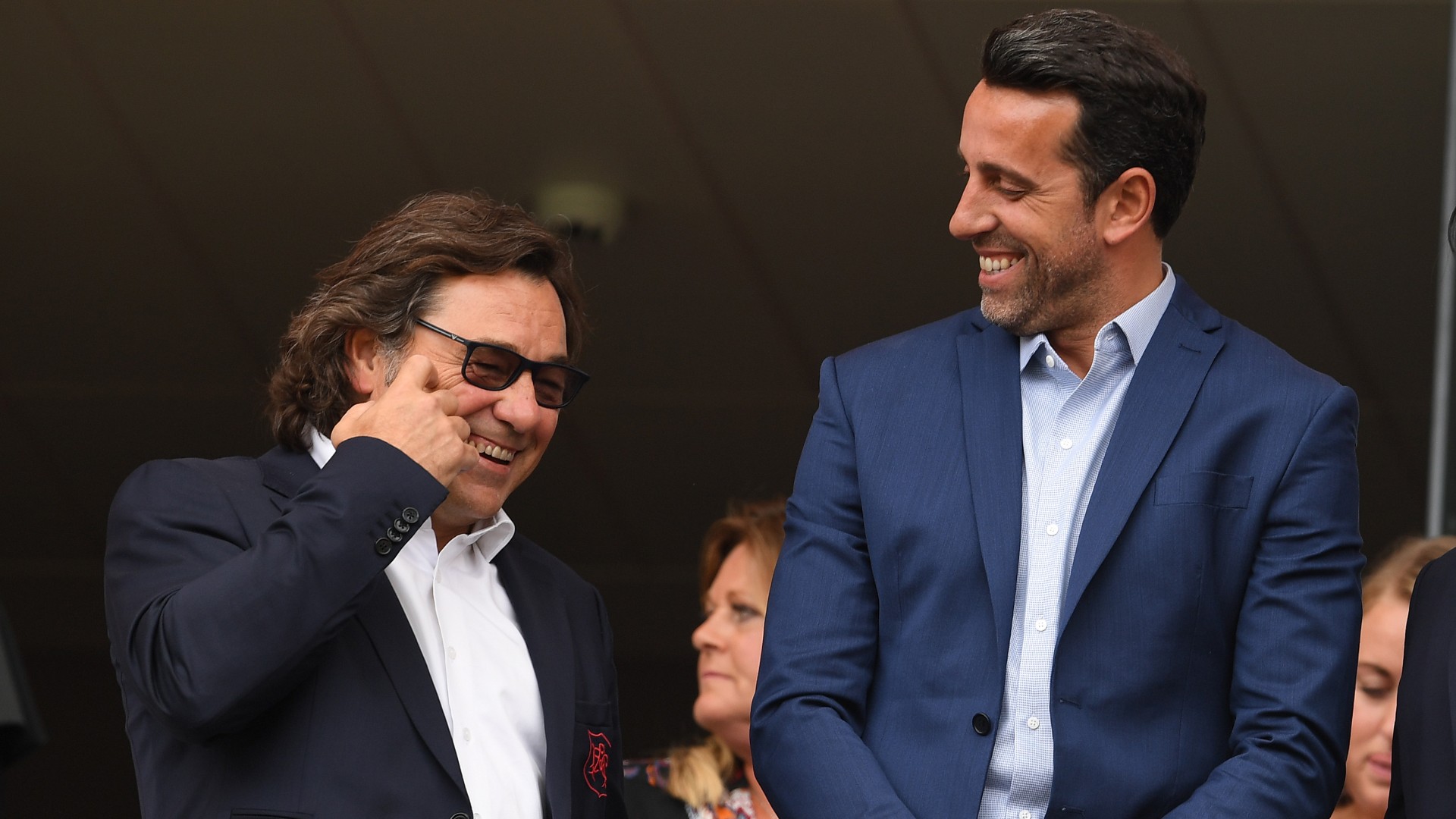 “Raul is one of these rare figures in the industry who is so likeable and has so much charisma and emotional intelligence,” said Dick Law, who left Arsenal soon after Sanllehi arrived, having spent close to a decade working alongside Arsene Wenger and Gazidis on transfers and contract negotiations.

“Raul’s charming, charismatic and he’s got a great sense of humour.

“Even in conflictive situations, he doesn’t look to escalate the conflict. Those are valuable qualities.

“He’s pragmatic, a guy who is focused on finding solutions. His whole life has been sports and football. He knows the game; there is no question about it.”

Law added: “Raul has become part of the premier management of European football.

“Remember, he came through three successive management groups at Barcelona. Anyone who can survive from Laporte to Rosell to Bartomeu has got some skills.

“When Ivan brought Raul in, the idea was to give Ivan some support because part of Ivan’s work with Arsenal was to make sure that the club’s seat at the table for the future of football was maintained.

“But you can’t be everywhere all the time and Raul was brought in to provide that support.

“The challenge for him now in this role – and it’s one that I know he has embraced very clearly – is to preserve the Arsenal ethic and everything that has been built on by prior generations.

“I think he personally believes that it is part of the DNA and identity of the club, and he is committed to preserving it because clubs without identity typically go south.”

It’s certainly been a remarkable few months at Arsenal with Sanllehi at the helm. The mood of dejection that hung over the club following the capitulation at the end of last season has been replaced with a sense of optimism and excitement.

The squad has been transformed during a transfer window that saw six new arrivals and a remarkable 16 departures. 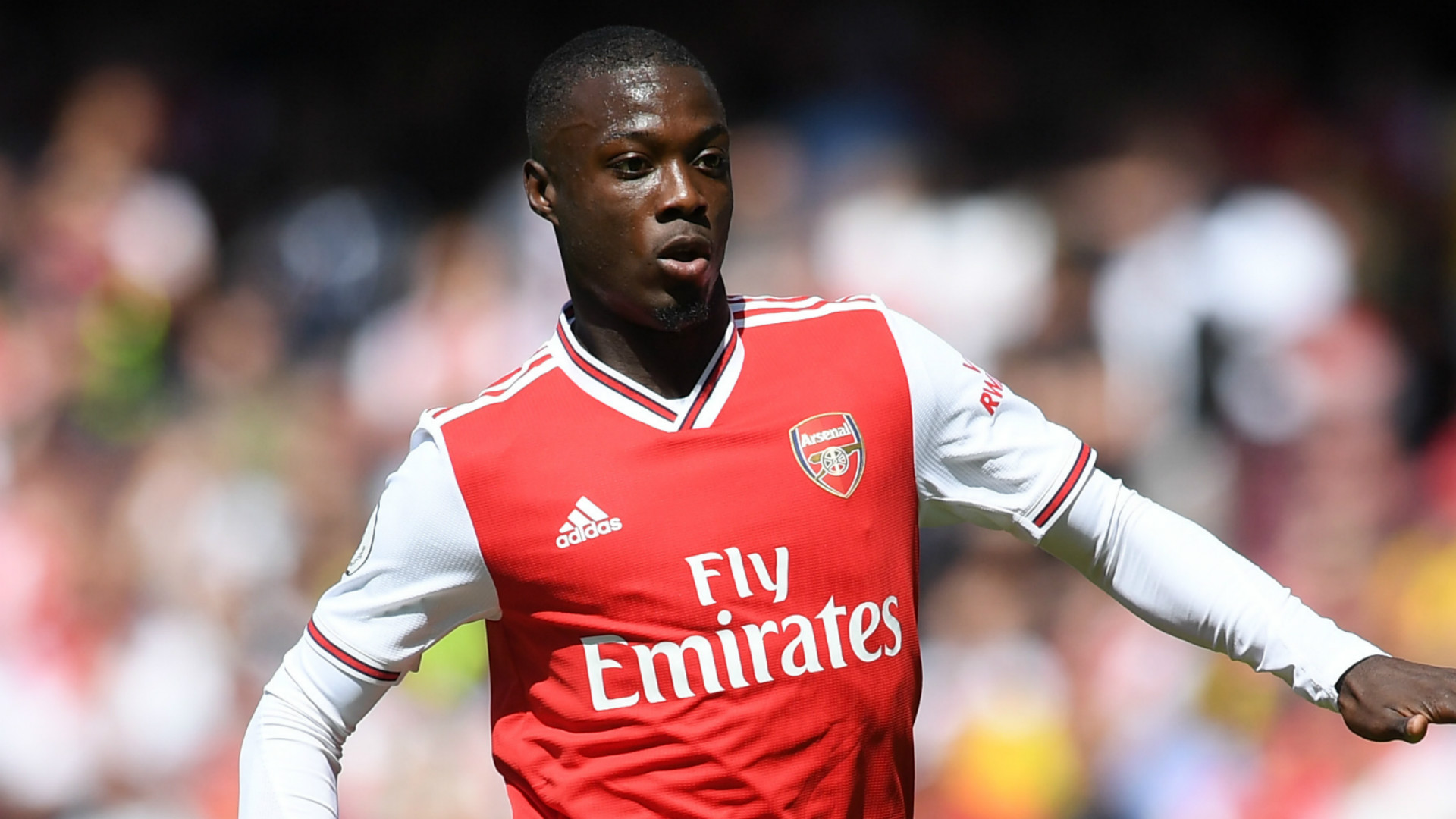 In all, Arsenal committed around £140m ($173m) on new players this summer, with Sanllehi and chief negotiator Huss Fahmy leading the overhaul. It’s the type of ambition fans have been crying out for.

“He’s a good negotiator,” one agent who has worked closely with Arsenal told Goal. “Raul knows how to handle things in the right way.

“There is no bullsh*t with him. If he says he’s going to do something, then he does it. There are plenty in the industry who will mess you around and change things at the last minute. He’s not one of those.”

The summer wasn’t just about incomings at Arsenal. In fact, there was much more movement out of the club than there was coming in.

Several squad members were shown the door in ruthless fashion – a process which dramatically cut the wage bill while also bringing in valuable transfer fees and generating more opportunities for the club’s talented young players to progress.

And for Sanllehi, that is key. When you talk with the Spaniard, the conversation will often turn to the 10 years he spent as director of football at Barcelona and the huge success the club enjoyed during that time.

He believes that success was down to the large numbers of academy players who made up the team. Lionel Messi, Xavi, Andres Iniesta, Carles Puyol, Victor Valdes, Pedro and Gerard Pique were all developed at La Masia and went on to become cub legends.

“Sanllehi was a follower of what he found at La Masia,” Goal’s Barcelona correspondent Ignasi Oliva explained. “It was like Vicente Del Bosque taking the Spain national team after Luis Aragones.

“Sanllehi continued what he found and he made it evolve. He played a hugely important role in what happened at Barcelona when he was there.

“And don’t forget we are speaking about the greatest era in Barcelona’s history. He has huge importance.

“Raul was a good person for making players exploit their talents and to go on and make it with the first team.”

Given the success that Barcelona’s academy products brought to the Camp Nou, it is no surprise to learn of the importance that Sanllehi has now placed on youth at Arsenal and the work that is being done at Hale End, the club’s own version of La Masia.

There has been significant money ploughed into developing youth in recent years. Under Gazidis, £40m ($49m) was spent on transforming the facilities at Hale End and London Colney, and that investment is starting to pay off, with Joe Willock, Reiss Nelson and Ainsley Maitland-Niles all starting games in the Premier League this season.

Sanllehi sees the academy as vital to Arsenal’s future success, but he is not someone who looks to wield his power and get in the way of the work that is being done at Hale End.

Instead, he is happy to take a back seat and allow the four-man leadership team of Per Mertesacker, Lee Herron, Luke Hobbs and Marcel Lucassen run things how they see fit.

“The importance of the academy to the club is clear day to day,” a high-placed figure within Hale End told Goal. “It’s so refreshing. They see it as a shining light.

“You don’t see Raul all the time because a lot of what he does is very strategic. He’s with UEFA, the FA, he’s lobbying for this and doing that.

“So, you don’t see him constantly, but you see him when the time is right. If you need him, then he will be there.

“And he’s not one to come in and just say ‘This is what I want.' He says ‘What do we want and what are we going to do?’ That’s the way he works.

“At the end of the day, the academy is about developing young players for the club, but it’s also clear that it’s about trying to develop good young people. And if they come through as good Arsenal players, then it’s even better.

“So, from Raul, it’s certainly not a case of this is what I want and you better deliver it. It’s what do we want and how are we going to achieve it?” 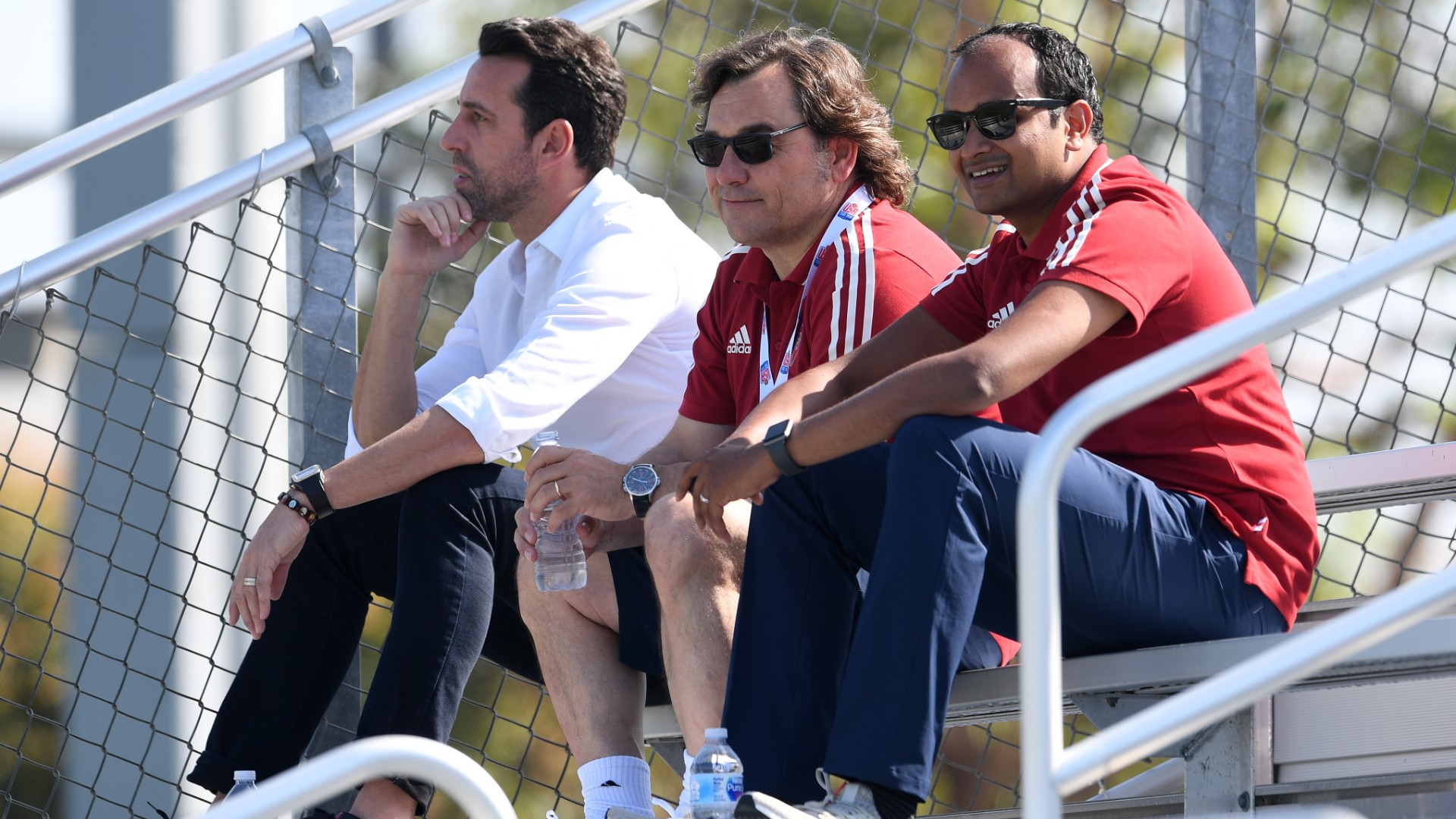 Creating an environment where staff feel they have a voice has been one of the areas that Sanllehi has been keen to improve since taking the reins at the Emirates.

In fact, he and Venkatesham have introduced workshops which are held three or four times a year to help bring people at the club together.

Staff are invited to the stadium and briefed on how things are going. They are also encouraged to share any matters they want raised and to ask any questions they might have.

“They are transparent and you don’t get that a lot in football, I can tell you that now,” one Arsenal source told Goal.

“It gives us all a real sense of togetherness.”

It’s been a long time since Arsenal has felt like a united club. Protests have become the norm in and around the stadium in recent years. Indeed, only a few weeks before Pepe arrived there was a small gathering of fans outside the Emirates still venting their frustrations towards owner Stan Kroenke.

Board members and directors have grown accustomed to being booed and jeered by supporters who have questioned their ambition following years of decline and perceived inactivity in the transfer market.

That is why the sight of Sanllehi being mobbed and cheered as he made his way into Anfield was such a significant one. It was a clear indication of the dramatic shift of mood in north London.

Disillusionment has turned to optimism and the Spaniard is viewed by many as the catalyst for that. He is "the guy who finally spent the money" as that Liverpool supporter found out a fortnight ago.

Sanllehi has brought Arsenal fans fresh hope, he is the ambitious leader they feel is everything that Gazidis wasn’t.

Whether that proves to be the case long term remains to be seen. But, for now, ‘Don Raul’ enjoys celebrity status at the Emirates following a successful summer nobody was expecting.