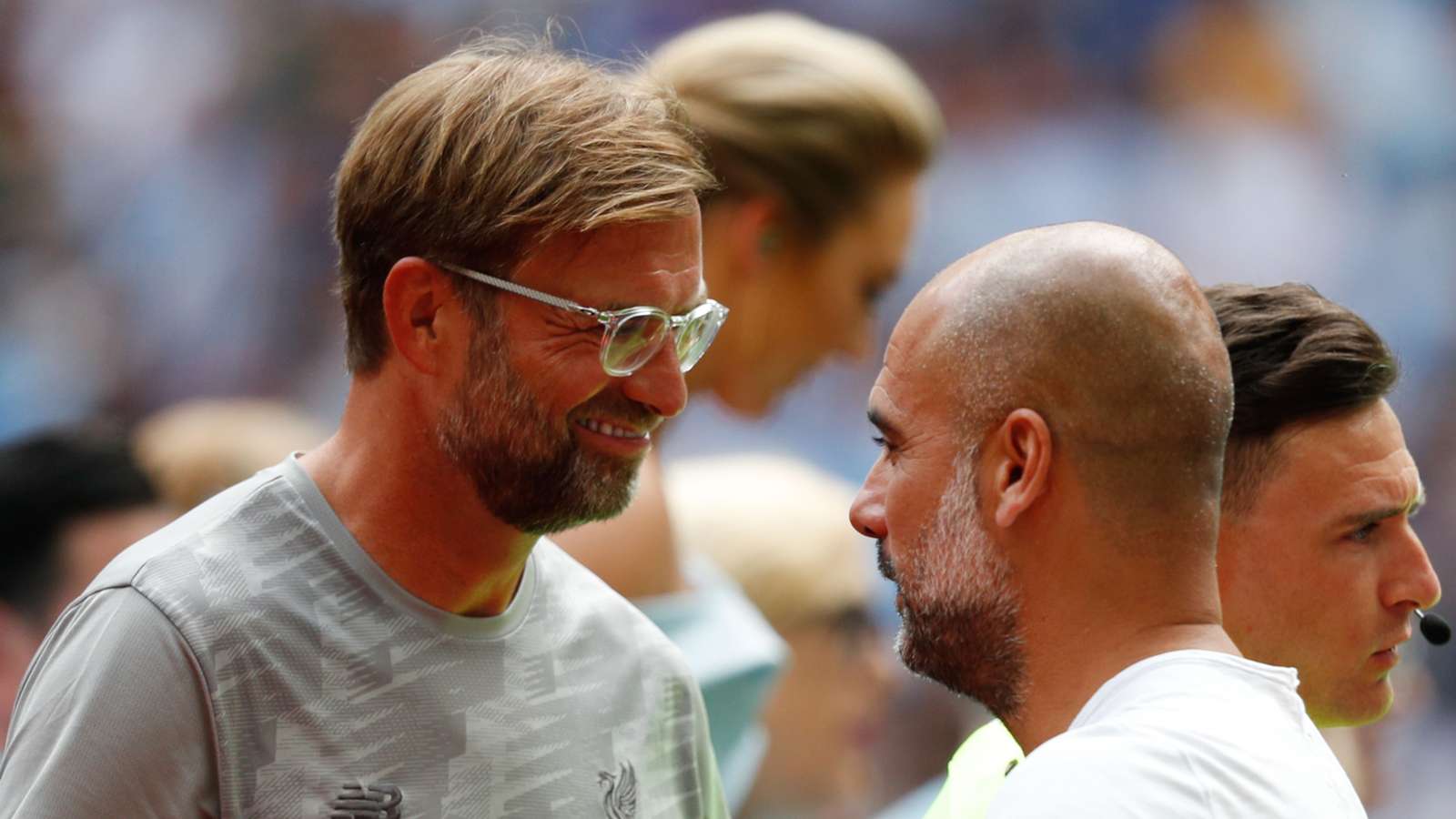 Getty
The two sides are top of the pile in England, and now meet on Sunday in a game that could have huge implications for the Premier League race

When just one point separates the Premier League champions and runners-up, fans get the luxury of choosing the campaign’s defining moment.

The most romantic option for last season was John Stones’ goal-line clearance at the Etihad Stadium; those 11 millimetres symbolising the agonisingly small gap between Liverpool and Manchester City.

But just because the story is neater does not mean that moment held more significance than any other.

Every fine margin played a critical role for or against the champions, from memorable incidents like Riyad Mahrez’s penalty miss at Anfield or Divock Origi’s bizarre stoppage-time winner against Everton, to seemingly innocuous ones, like the extremely soft penalty that gave City a 1-0 win over West Ham in February.

That is the terrifying and exhilarating thing about title battles that go to the wire; era-defining moments are sprinkled across the nine month calendar.

Which is to say Sunday’s head-to-head at Anfield will be decisive and indecisive, both overbearingly meaningful and yet just another 90 minutes. So instead of analysing the tactical battles and sifting through the details, Goal takes a look at the campaign as a whole, assessing the respective strengths and weaknesses that will play out through dozens of fateful moments between now and May.

Jurgen Klopp’s tactics have evolved quite dramatically over the last 12 months.

Liverpool no longer play with the same furious high-pressing or urgency in possession, reflecting the manager’s desire to show greater serenity following those wild high-scoring games during his first two years in charge.

The Reds continue to look for straight passes through the opposition and will counterattack at every opportunity, and yet by nature of holding so much possession they are far more controlled these days, improving their defensive record but leading to problems in attack.

Liverpool too often win by a narrow margin or a late goal, the recent examples against Aston Villa and Sheffield United indicative of a tendency to look sluggish when faced with a deep-lying defence.

'Gegenpressing' used to provide Liverpool with the opportunity to gallop into the final third in numbers, but the Premier League no longer falls for the trap, often leaving a workman-like central midfield unable to create space for the front three.

Klopp is beginning to solve the problem now that Alex Oxlade-Chamberlain - with four goals in his last four games - is back in contention. The England midfielder has a line-breaking quality Liverpool have lacked since Philippe Coutinho’s departure.

When faced with a defensive shell, Liverpool need someone in the middle of the park who will risk an acute angle pass, or simply a dribble through the throng to disrupt the shape and open up pockets of space. Oxlade-Chamberlain helps, but nevertheless Liverpool are finding it difficult to break teams down. 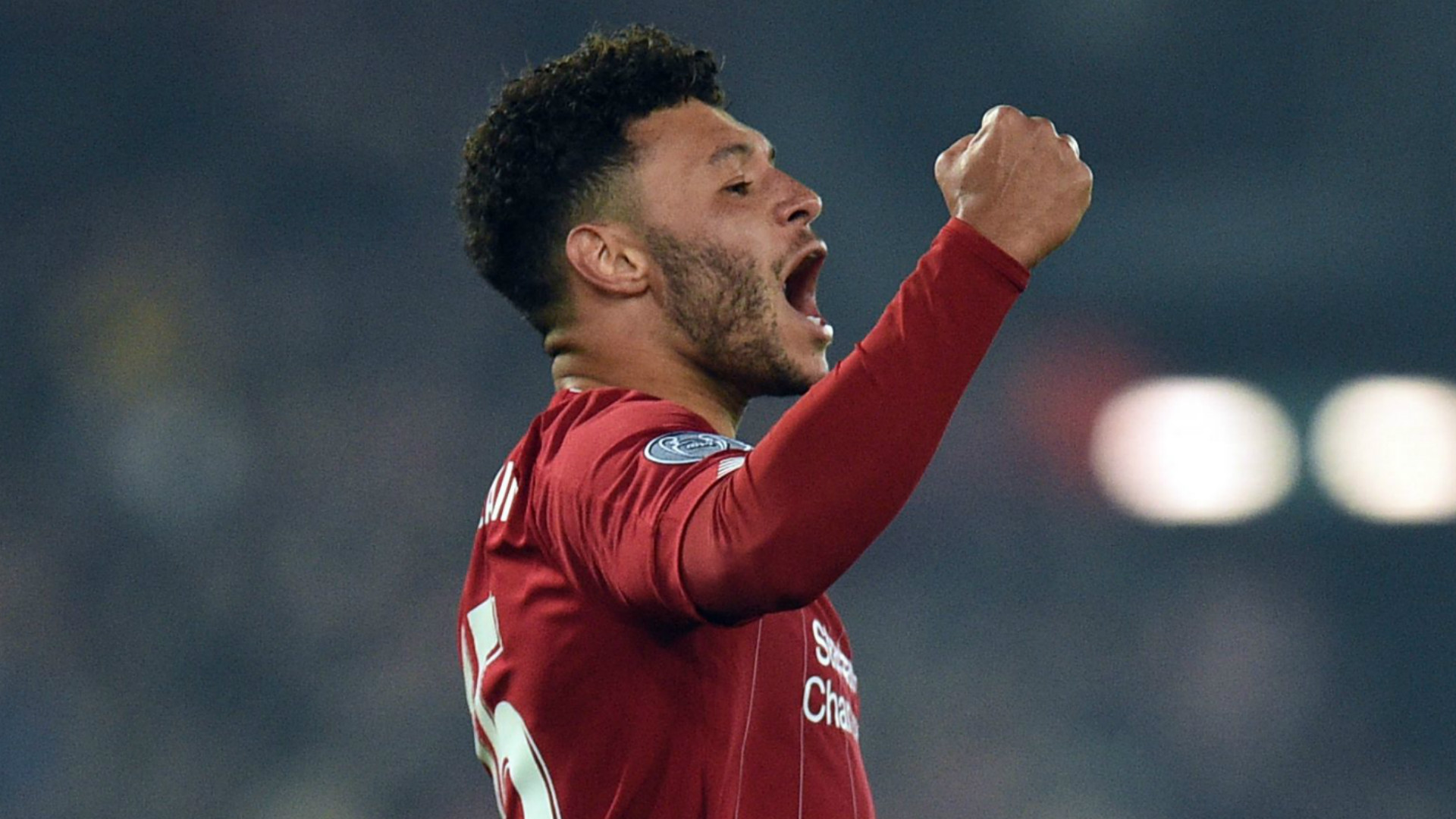 Given that a series of draws last spring saw their seven-point lead over City evaporate, it is vitally important Klopp solves this problem.

Currently his Plan B is to move to a 4-2-3-1 with Roberto Firmino in the hole, essentially making it 4-2-4, and while this does provide greater attacking width, Liverpool rarely look cohesive in the rejigged formation.

They could do with signing a proper number 10 to make the 4-2-3-1 work; last year’s points tally made us forget about their long-time pursuit of Nabil Fekir, but Liverpool could still do with a luxury playmaker. Jack Grealish would be a good fit.

It is their only real weakness. The full-backs are only growing in importance and can now be considered not only Liverpool’s most creative players but one of Klopp’s great innovations.

Either by crossing brilliantly from deep or by driving forward to pull the opposition defence wide, which in turn creates space centrally for Mohamed Salah and Sadio Mane, Trent Alexander-Arnold and Andrew Robertson are redefining the role of the full-back in English football.

Elsewhere, the relationships between Liverpool’s front three hardly require deep analysis, although it is worth highlighting why Fabinho has become one of the club’s most important tactical assets. 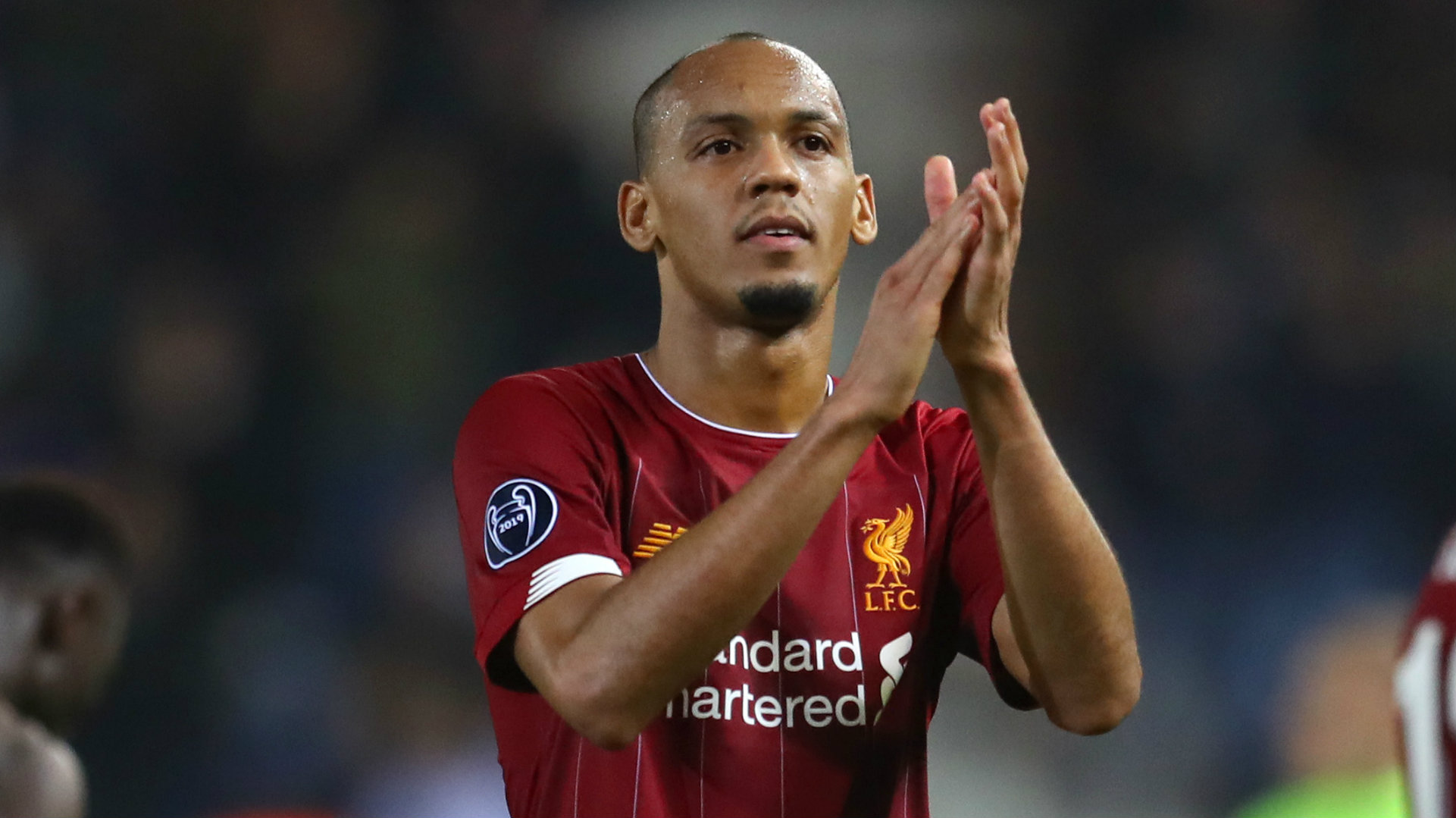 He does not just break up the play, helping Liverpool maintain pressure and territory, he also recycles the ball and distributes to the channels better than anyone else in Europe.

Where others would play the simple backwards pass after making a tackle, Fabinho cuts it back forward. Where others shuttle the ball to the man in space, Fabinho clips wonderful passes out to the full-backs. He is the beating heart of Klopp’s vision.

City have more noteworthy weaknesses than Liverpool this season, but they have more strengths too, particularly in terms of the variety in their attack.

It is to Pep Guardiola’s credit that whereas Liverpool’s attacking play is easily definable – aggressive full-backs, a narrow front three – City are intangible; shape-shifters with endlessly tessellating triangles.

Guardiola obsesses over recreating rondos, over endlessly repositioning the triangles into the gaps between the opposition defence with an even distribution across demarcated zones of the pitch.

It is why his full-backs hold inverted positions on the corners of the penalty areas, creating a midfield link between the centre and the wings, and it is why their rapid passing combinations seem to so effortlessly create open goals at the back post.

Or at least they used to.

Things have not come quite so easy this season, possibly because City have lost their metronome from midfield - the very quality Fabinho has newly given to Liverpool.

Fernandinho has had to fill in at centre-back for most of the season, and Rodri is yet to provide the same energy or assertive distribution, leading to more stilted performances in which City are forced to rely on Plan B: cross the ball as often as possible.

They attempted 68 against Southampton, eventually breaking the visitors down, though not in the way they would have liked. The shift in approach, though often enforced by failing to find an attacking rhythm, is also influenced by Kevin De Bruyne’s new role. 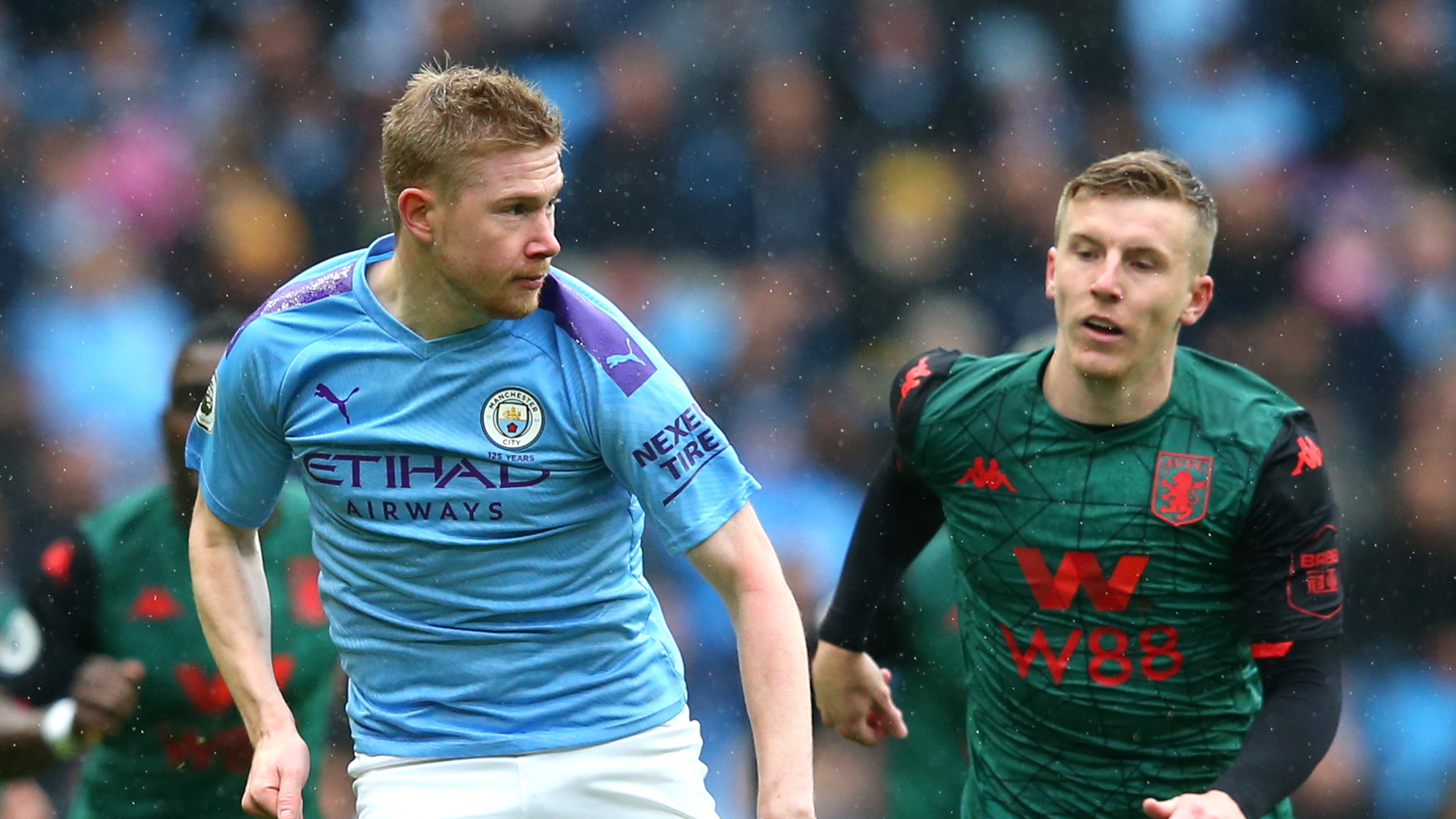 The Belgium international now largely plays on the right-hand side, creating chances from a traditional winger positions rather than linking with David Silva to work the ball into the box centrally.

There is something panicky about swinging in cross after cross. Guardiola might need a rethink on this front.

As with Liverpool, the strengths far outweigh the negatives – De Bruyne already has nine league assists from his new position – and yet failure to secure wins against Norwich, Wolves, Tottenham, and away in Atalanta point to a recurring creativity issue that could define their season.

Drop too deep and City will eventually grind you into submission, but close them down (while deploying a defensive shell slightly higher up the pitch) and City can be stopped.

Yet the real problems lie at the back. Aymeric Laporte’s injury, coupled with the decision not to replace Vincent Kompany, has seriously undermined confidence in their defence. Not only has this allowed counterattacking sides like Norwich and Wolves to pour through the middle, it has knocked their confidence going forward. 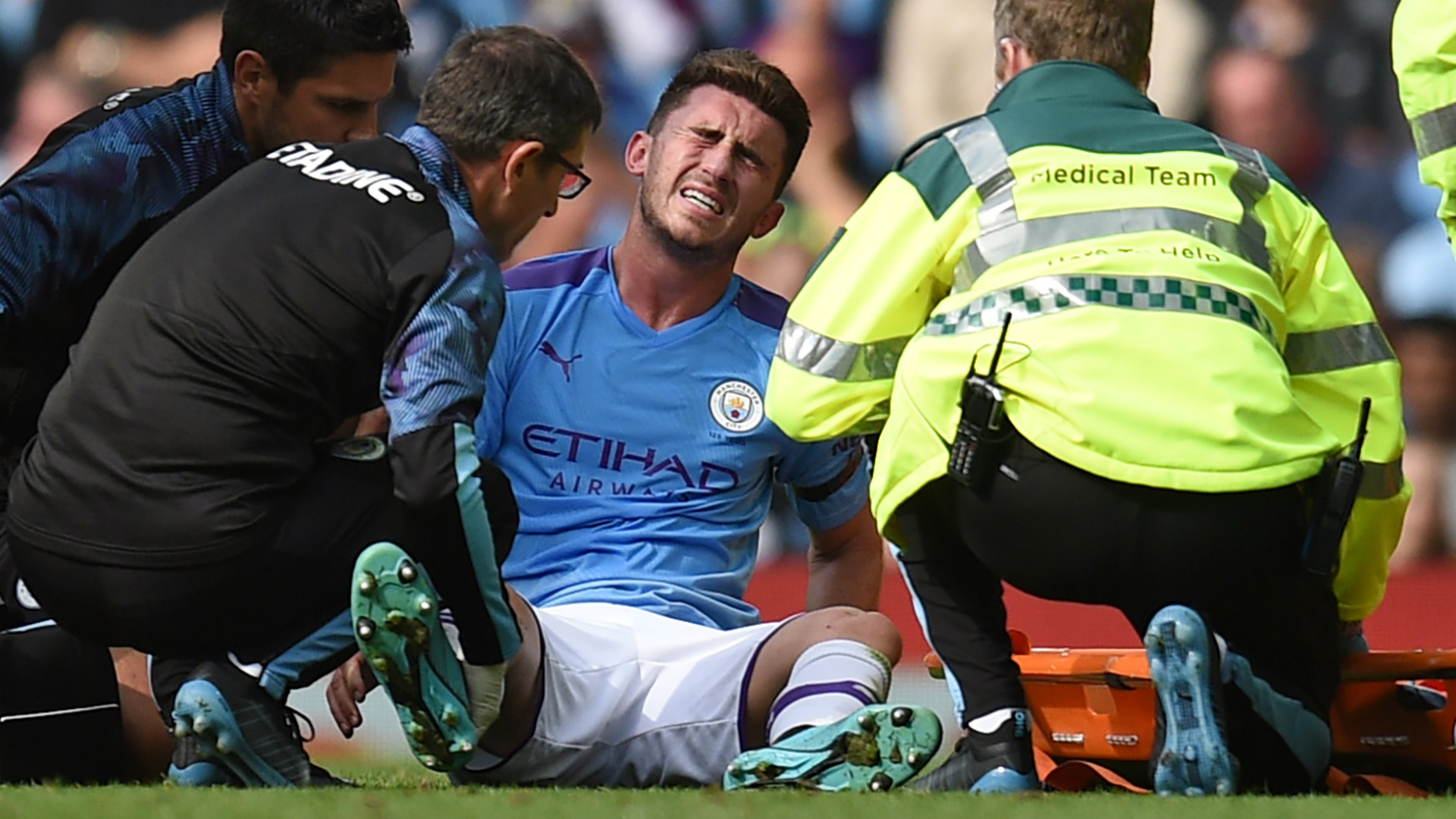 Neither full-back is quite so aggressive anymore, in turn limiting the influence of Raheem Sterling or Bernardo Silva when the ball reaches them in wide positions.

Liverpool and Man City do now appear vulnerable, and both look – for all their strengths – like a ruthlessly-organised defence could stump them creatively. There will be more points dropped this year than last. Every game matters. Their respective strengths and weaknesses will, therefore, have a decisive impact far beyond what happens at Anfield on Sunday.