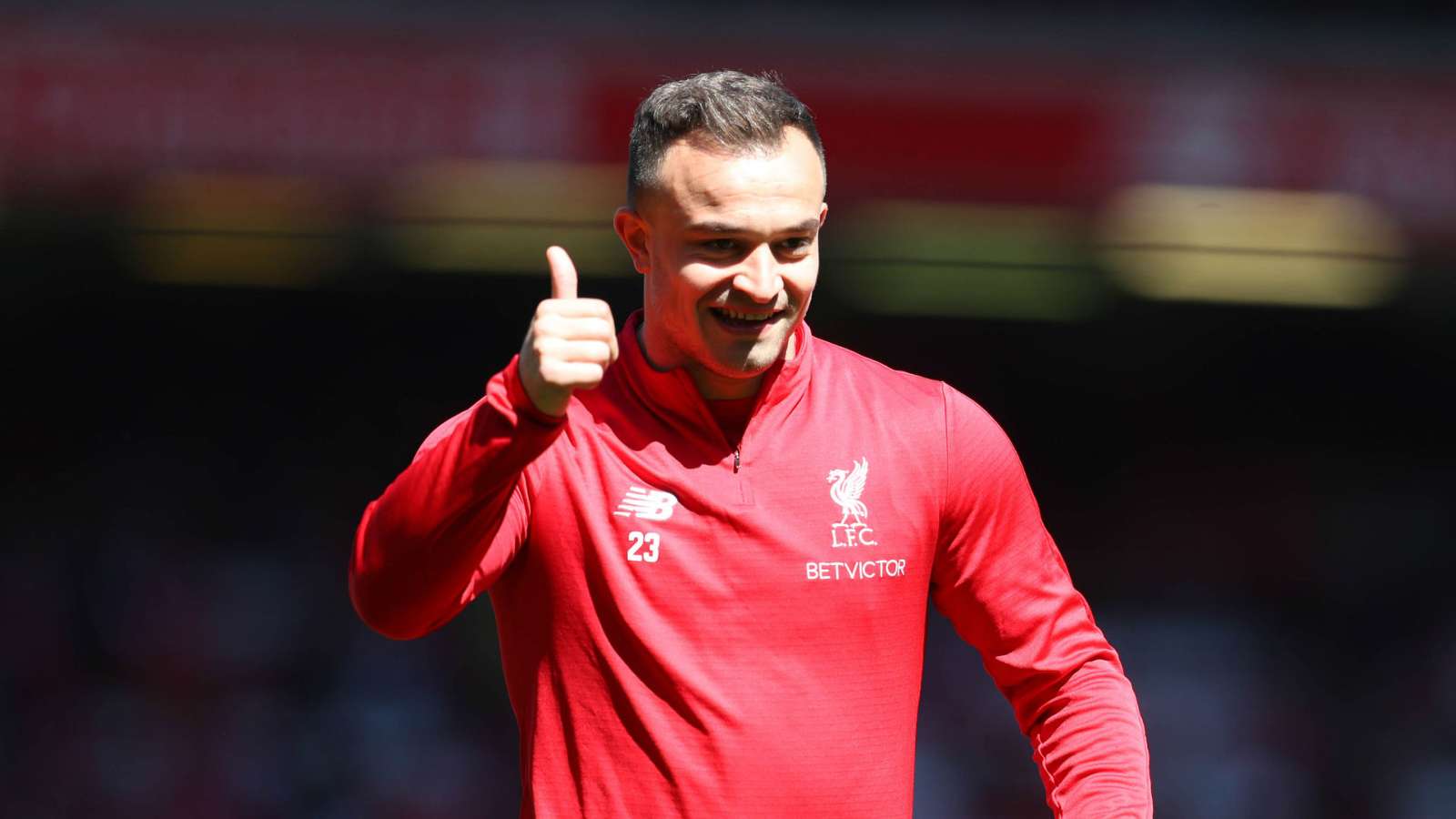 Getty
Neither player will have been fully contented with how their seasons went but their experience will still be crucial, according to their NT coach

Xherdan Shaqiri and Granit Xhaka being at Liverpool and Arsenal benefits Switzerland despite their mixed club campaigns, according to national team boss Vladimir Petkovic.

Shaqiri helped Liverpool to lift the Champions League last weekend but his important semi-final contribution in the comeback win over Barcelona was something of an exception during the second half of the season, when the former Bayern Munich star found first-team opportunities increasingly hard to come by.

Xhaka is, by contrast, a regular fixture in Unai Emery's first XI at Arsenal, but the midfielder's displays have come in for regular criticism and his club season ended on the receiving end of a 4-1 Europa League final humbling against Chelsea.

"I would say that Xhaka is a very valuable player for us. Xhaka is a player who brings balance to the team," Petkovic told a news conference ahead of Switzerland's Nations League Finals semi-final against hosts Portugal in Porto.

"He is lucky enough to play with 10 other great players.

"The same I said about Portugal is true for Switzerland as well - it's not just one player who makes the game."

Although few Arsenal players came out of the thrashing versus Chelsea in Baku with any credit, Petkovic felt Xhaka acquitted himself well.

"On Arsenal, I don't want to lose many words about that. I did see the last match, the Europa League final," he said.

"Granit was one of the best players. The future is the business of the player and his club."

Shaqiri told SPOX he will "definitely" remain at Anfield and Petkovic explained the player joined his squad in fine form this week – a ringing endorsement of his work under Jurgen Klopp.

"No, I'm not worried at all [about Shaqiri staying at Liverpool]," he said. "I have seen during the training sessions that my team is very fresh and fit; we had our first training session with Shaqiri yesterday and I saw the same thing.

"That shows that it's often a question of your mental strength in football and he has a very strong mental component."

Speaking alongside Petkovic, Borussia Monchengladbach goalkeeper Yann Sommer said Switzerland could be proud of the exploits of both players.

"For us as a team it was great to have so many players who have such great experiences. That Shaqiri was able to win the Champions League was fantastic," he said.

"We are very proud. It's excellent to have him and Granit on board – playing the Europa League final is also something special. All of those experiences strengthen us as a team.

"Shaqiri came back and there was a lot of euphoria. Now we are focusing on the game tomorrow."