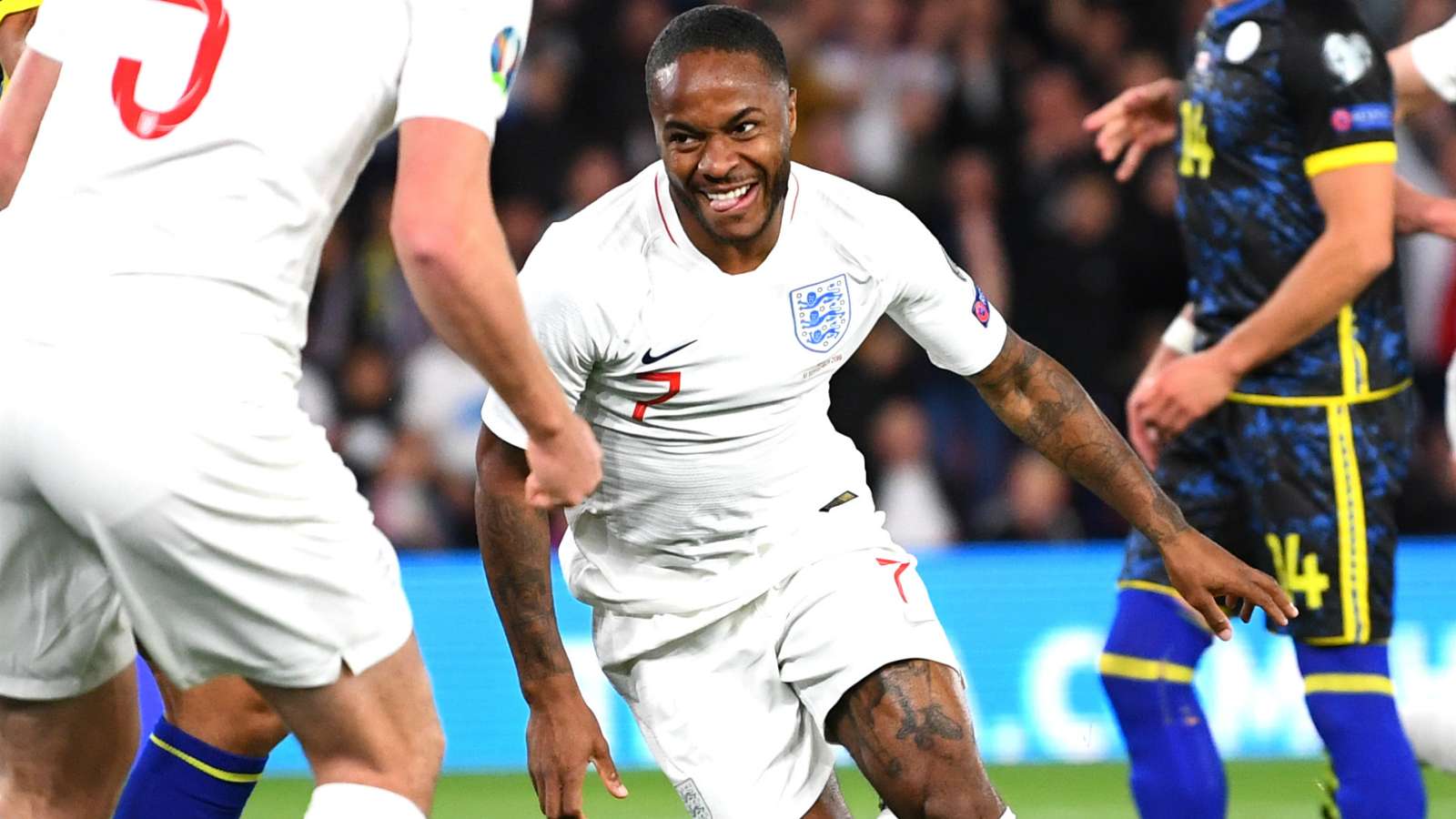 Gareth Southgate believes Raheem Sterling has been close to "unstoppable" after his dazzling display in England's entertaining 5-3 win over Kosovo in Euro 2020 qualifying.

Sterling scored and set up three others as England came from a goal down at St Mary's Stadium to preserve their 100 per cent record in Group A on Tuesday.

England conceded inside 34 seconds but Sterling restored parity before the Manchester City star teed up Harry Kane and provided the assists for Jadon Sancho's brace.

Sterling's performance came after he scored and supplied two assists for Kane in England's 4-0 rout of Bulgaria on Saturday, and manager Southgate heaped praise on the in-form 24-year-old.

"Our attacking play from Raheem, Jadon and Harry was outstanding," Southgate said. "Raheem's two performances have been of the highest level.

"I think he's been almost unstoppable, his awareness of where defenders were, his ability to ride challenges, his vision and desire to get in on goal, and unselfish play as well, so I couldn't speak highly enough of the way he played."

It was a memorable outing for Sancho in Southampton, where the Borussia Dortmund sensation scored his first England goals.

"Jadon – you know we were talking about the three on Saturday – Jadon's performance was at that level as well. He worked really hard for the team without the ball and showed the ability he has to go past people, to be calm in tight areas," Southgate said.

"So, that part of our game was absolutely outstanding. We continued that threat for most of the game."

Looking good for the #ThreeLions!

Next up: trips to the Czech Republic and Bulgaria in October pic.twitter.com/hPleFfY8nN

While England made it four wins from four games to move three points clear atop Group A, the Three Lions were far from convincing defensively against Kosovo.

Errors saw England concede three goals to the visiting minnows and Southgate added: "It was bizarre. The outstanding features and the poor features are apparent to everybody, so we don't need to get the video out and go back through it.

"Poor individual mistakes, a poor start to the game. I like the way we showed the composure to recover from that initial mistake and our use of the ball throughout the first half was excellent, right the way through the team.

"The small period after half-time: ridiculous mistakes, poor decisions, lack of covering back. So, we made the game really uncomfortable for ourselves. There were obviously mistakes that were concerning. Whether it was the intensity of the game, whether it was the pressure, I don't know. We've got to reflect on that but they were such basic errors, really, that you have to learn from. We just made some crazy errors."