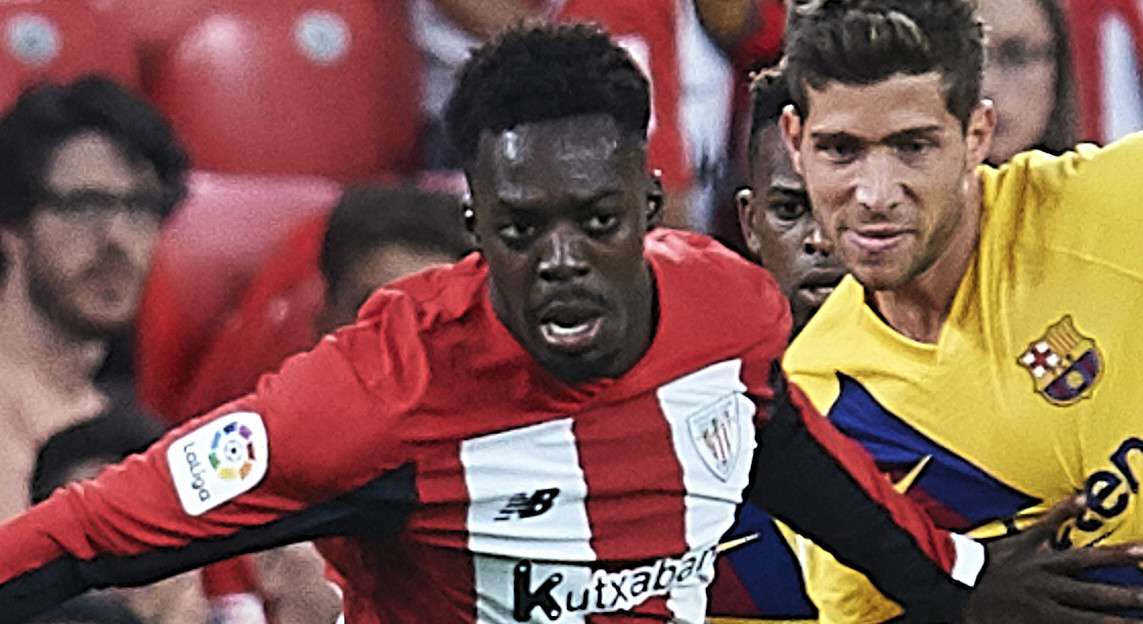 Inaki Williams has confirmed that Manchester United made contact with him over the summer before he opted to sign a new contract with Athletic Club.

The pacey forward was linked with a move to Old Trafford during pre-season as Ole Gunnar Solskjaer looked to bolster his squad ahead of the new campaign.

And Williams has revealed that the Red Devils did enquire as to whether he would be interested in moving to the Premier League, but he instead opted to remain in Bilbao.

"I had contact from Manchester United but I cannot tell you who it was," he told radio station Cadena SER.

Having come through the club's academy, Williams has made 207 appearances for the San Mames outfit since his debut in 2014, scoring 50 goals.

He has previously been linked with Liverpool while there have been suggestions he could even move across the Basque country to join Athletic's rivals Real Sociedad.

But he insists he is going nowhere, and even suggested that he could look to retire with Athletic when the time comes for him to hang up his boots.

"My number one option has always been to stay at Athletic Club and to retire here. Joining Real Sociedad? No, I could never go there. 100 per cent."

Athletic sit second in the Liga table following their first three matches of the season having picked up two victories and a draw.

They began the new campaign with a dramatic 1-0 win over reigning champions Barcelona and backed it up with a 1-1 draw away at Getafe.

Williams then got off the mark for the season with the opening goal of his side's 2-0 victory over Sociedad in the Basque derby, leaving Gaizka Garitano's side sitting two points behind early pacesetters Atletico Madrid.

They return to action following the international break on Friday when they visit newly-promoted Real Mallorca.