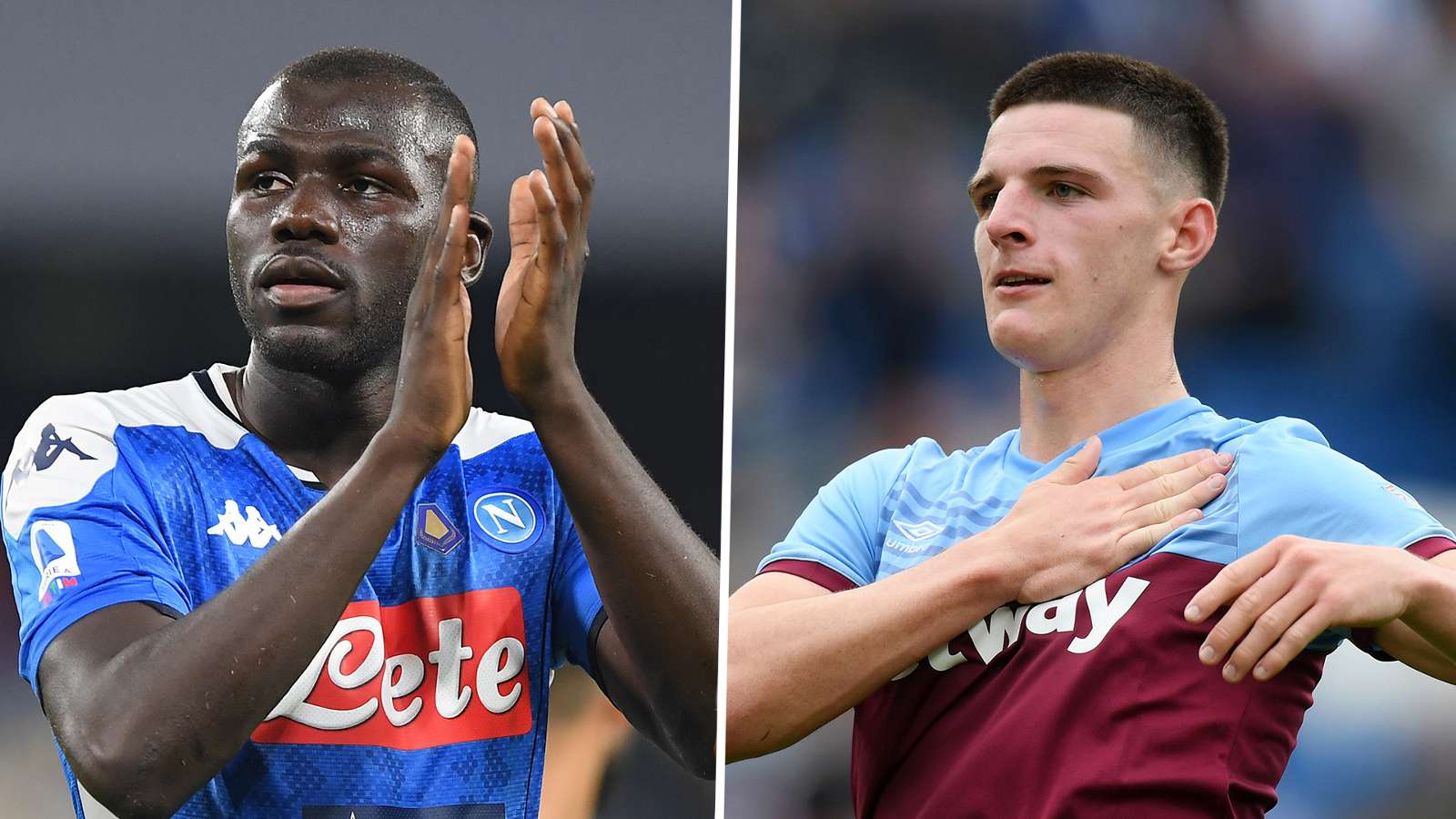 Manchester United are pondering moves for West Ham midfielder Declan Rice and Napoli defender Kalidou Koulibaly ahead of the 2020-21 campaign as they start planning for the long term regardless of mounting speculation over Ole Gunnar Solskjaer’s future at the club.

The Premier League giants are desperate to strengthen their squad following a disappointing start to the season and are already exploring  January moves for Juventus attacker Mario Mandzukic as well as Tottenham playmaker Christian Eriksen  in an attempt to boost their chances of clinching at least a top-four finish.

The United hierarchy have no intention of resting on their laurels after the January window, though, and have already lined up a number of options for the summer transfer window, too.

The 21-year-old Rice is a priority for the midfield as the Manchester giants remain short of options following the recent departures of Marouane Fellaini and Ander Herrera, with the likes of Fred and Nemanja Matic failing to impress in the middle of the park.

United kept a close eye on Rice's situation during the previous transfer window, but eventually opted against making a move for the England international as they spent big to strengthen their defence instead, with Harry Maguire and Aaron Wan-Bissaka making the move to Old Trafford, as well as promising attacker Dan James.

Rice would be expected to occupy a deep-lying role in midfield and offer both protection to the defence and creativity on the ball. The midfielder's contract with West Ham runs until 2024, though, meaning he would not be available on the cheap and his current side are expected to demand between £90-£100 million ($110-122m) for their prized asset.

Koulibaly, meanwhile, has been earmarked as the ideal partner for Maguire at centre-back. The England defender's current defensive partner, Victor Lindelof, recently signed a new deal at Old Trafford, but United feel Koulibaly would represent a significant upgrade on the former Benfica man.

The 28-year-old has developed into one of the best defenders in the world since joining Napoli from Genk in 2014 and was valued at £90m ($110m) by the Serie A giants when he was linked with a transfer earlier this year.

Koulibaly has been on United’s radar since the time of Jose Mourinho, but the transfer never materialised as the club put their faith in Chris Smalling and Phil Jones.

But Smalling has since departed for Roma on loan, while Axel Tuanzebe's emergence leaves Jones' position in the squad under threat.

United's transfer plans will not be affected by a potential managerial switch, with Solskjaer coming under fire recently after a run of poor results.

The Norwegian currently retains the backing of United’s executives despite overseeing a disappointing run of form since his appointment as permanent manager in March last season, with the Old Trafford side managing just five wins from 21 games.

United will be looking to return to winning ways when they take on Premier League leaders Liverpool after the international break.