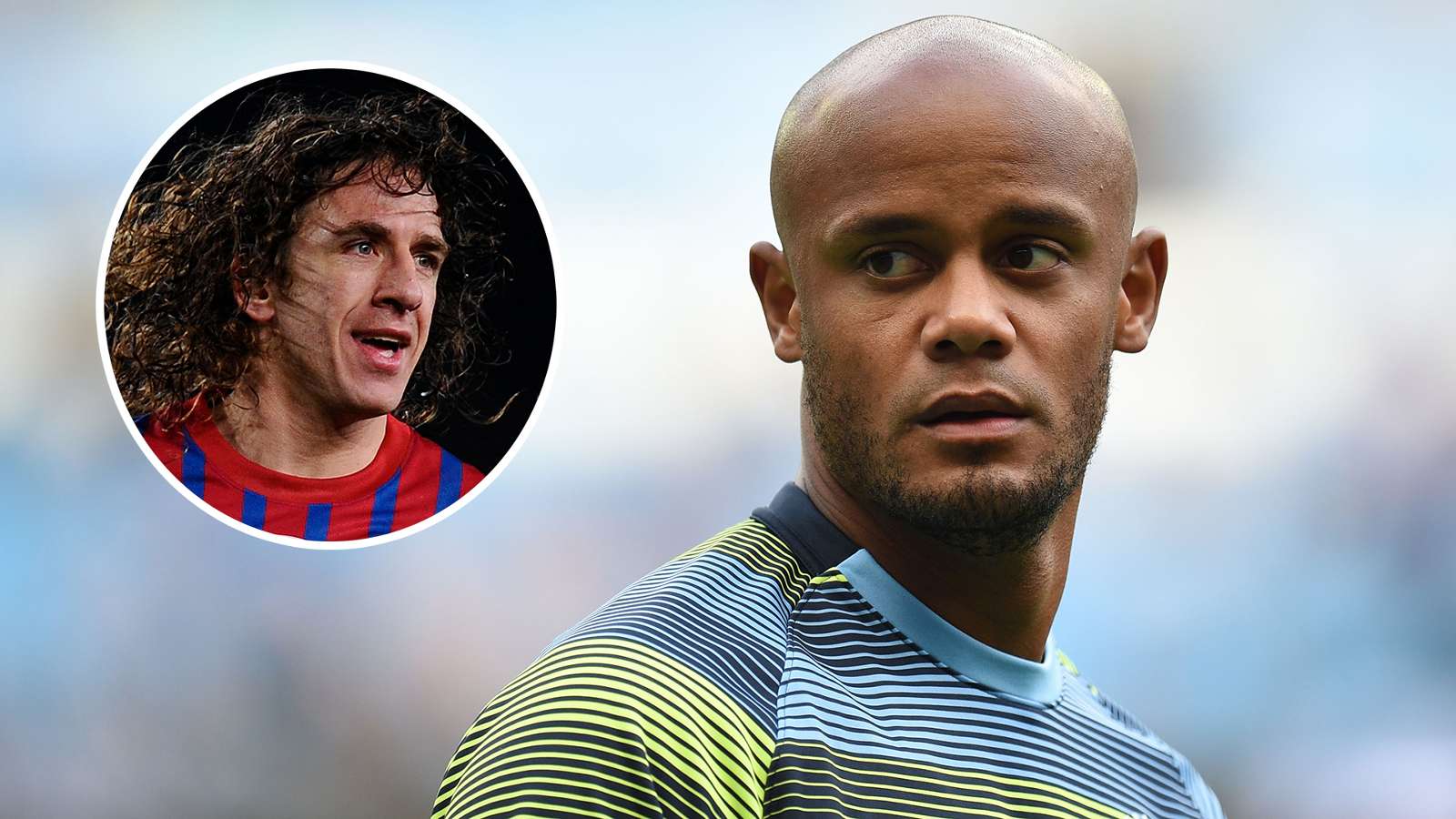 Getty
The Belgian centre-back's testimonial match takes place on Wednesday, with his former team-mates paying tribute to the 33-year-old defender

Former Manchester City defender Joleon Lescott has hailed Vincent Kompany and compared him to Barcelona legend Carles Puyol ahead of his testimonial match on Wednesday.

A selection of Kompany's former team-mates will line up against a Premier League all-stars XI side that features 10 ex-Manchester United players in the game at the Etihad Stadium.

The former City captain won 10 major honours during the most successful period in the club's history and Lescott believes that, following his summer departure from the club, his impact would be missed by any side in the world.

"The way he conducts himself, any squad in the world would miss him when he isn’t there," Lescott told Goal at the finals of the #BetRegret Cup. "He is like Carles Puyol at Barcelona. They are great captains who leave and you struggle because of their impact.

"He is right up there with the best City has had. He saw City before the current owners. Vinny almost saw the vision before they did. He was a great servant to the club and he was great value for money. He gave blood, sweat and tears to Man City. There are a few of them; Vincent, David Silva and Sergio Aguero.

"They have been there for so long and performed consistently. Kevin De Bruyne is a top talent and if he keeps doing it he'll be up there. Same for Raheem Sterling. Bernardo Silva, Aymeric Laporte and John Stones. That club gives you the platform to be a legend."

Mario Balotelli is the latest player to be announced as taking part in the game, while Pep Guardiola has cleared Silva and Aguero to be involved.

Shaun Wright-Phillips is among the retired players to get a run-out and he echoes Lescott's opinion that Kompany is a massive loss for the reigning Premier League champions.

"It will be really special to walk out in front of the City fans and put the shirt back on. I am really looking forward to it. It is really touching and nice for Vinny to invite me. I will definitely try to kick him if I get the chance," he said.

"They have to cope without him, that’s football. It is going to be a massive loss both on and off the pitch. Man City know that. It was time for him to move on for his own reasons and they just have to fill the shoes the best they can.

"They have other options to fill in but Vinny’s shoes are big to fill from a leadership point of view. I hope whoever does it, does the best job they can. He has always had that leadership mentality. The job he has taken now shows a big, strong character.

"He has a big presence - just walking into the changing room [made you notice him]. He wanted to play in midfield, but he was a better centre-back. He had an aura about him."

Kompany left City to become player-manager of Anderlecht and claimed his first win of the 2019-20 campaign prior to the international break as his side beat Standard Liege 1-0 courtesy of a Alexis Saelemaekers goal.

Wright-Phillips and Lescott were speaking from the final of the #BetRegret Cup, part of the UK’s largest safer gambling campaign. Teams from across the UK have been battling it out throughout the summer, which culminated at the national final at Powerleague Shoreditch on 4th August. Bet Regret is that immediate sinking feeling you get when you place a bet you know you shouldn’t have, for example when you’re bored, drunk or chasing losses.