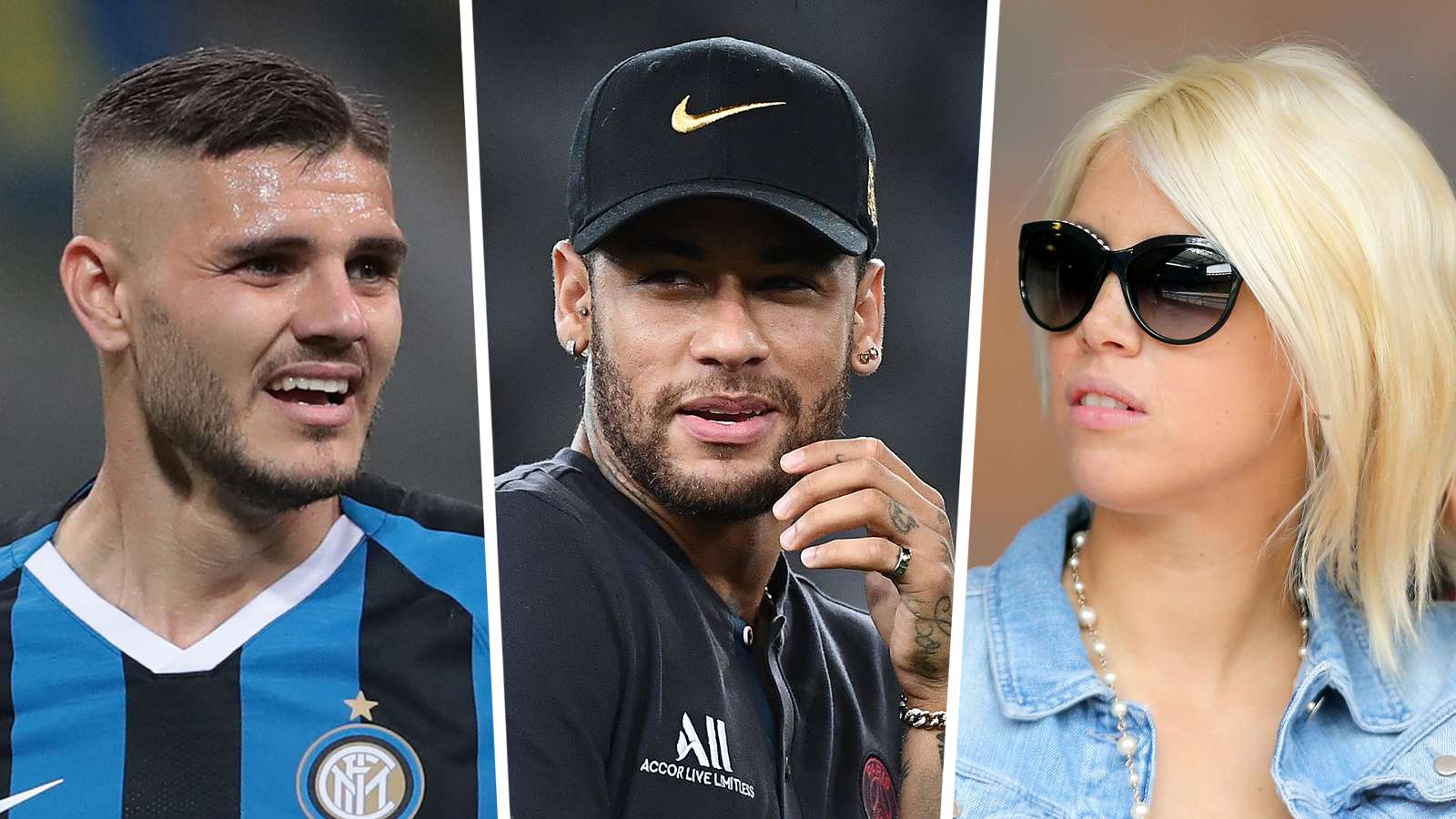 Whatever one might say about perennial Champions League under-achievers Paris Saint-Germain, they certainly do not shy away from a challenge – or a problematic star.

Not content with holding on to Neymar following an exhausting summer of transfer speculation and the player's open hostility towards the club that pays his salary, the French champions have doubled down with the acquisition of another forward who spent most of the window starring in his own footballing soap opera – Mauro Icardi.

The Brazilian and the Argentine – not to mention Icardi's agent and wife Wanda – could create plenty of drama at the Parc des Princes this season.

If Icardi's final months at Inter resembled an anarchic reality show, the spin-off is set to hit a football pitch near you in France. Neymar, it's time to meet the Icardashians!

The first indication of possible future strife came from a recurring cast member of the Icardi show  – Maxi Lopez. Wanda's ex-husband and Icardi's former friend and team-mate has never forgiven the couple for striking up a relationship out of the ashes of his separation from Wanda and is rarely silent on the subject.

So, perhaps we shouldn't have been surprised to see Maxi share a photo of him with Neymar on the same day PSG made Icardi's one-year loan from Inter official.

“Brother, those who know you know you're a modest, open and simple person,” the veteran striker – presently embroiled in a bitter custody battle with Nara over their two children – wrote on Instagram. “Whatever club you play for, you're always going to be one of the best of all time.”

That message arrived on a transfer deadline day on which all eyes were focused on Neymar.

The Brazil international had fought tirelessly to escape Parc des Princes and return to Barcelona, only to see a move frustrated by PSG's refusal to lower their asking price for the most expensive player in the world, and the Catalans' simultaneous reluctance to put up hard cash to back up assertions that they wanted the forward back at Camp Nou.

Even after the window shut, though, the exit offensive continues. 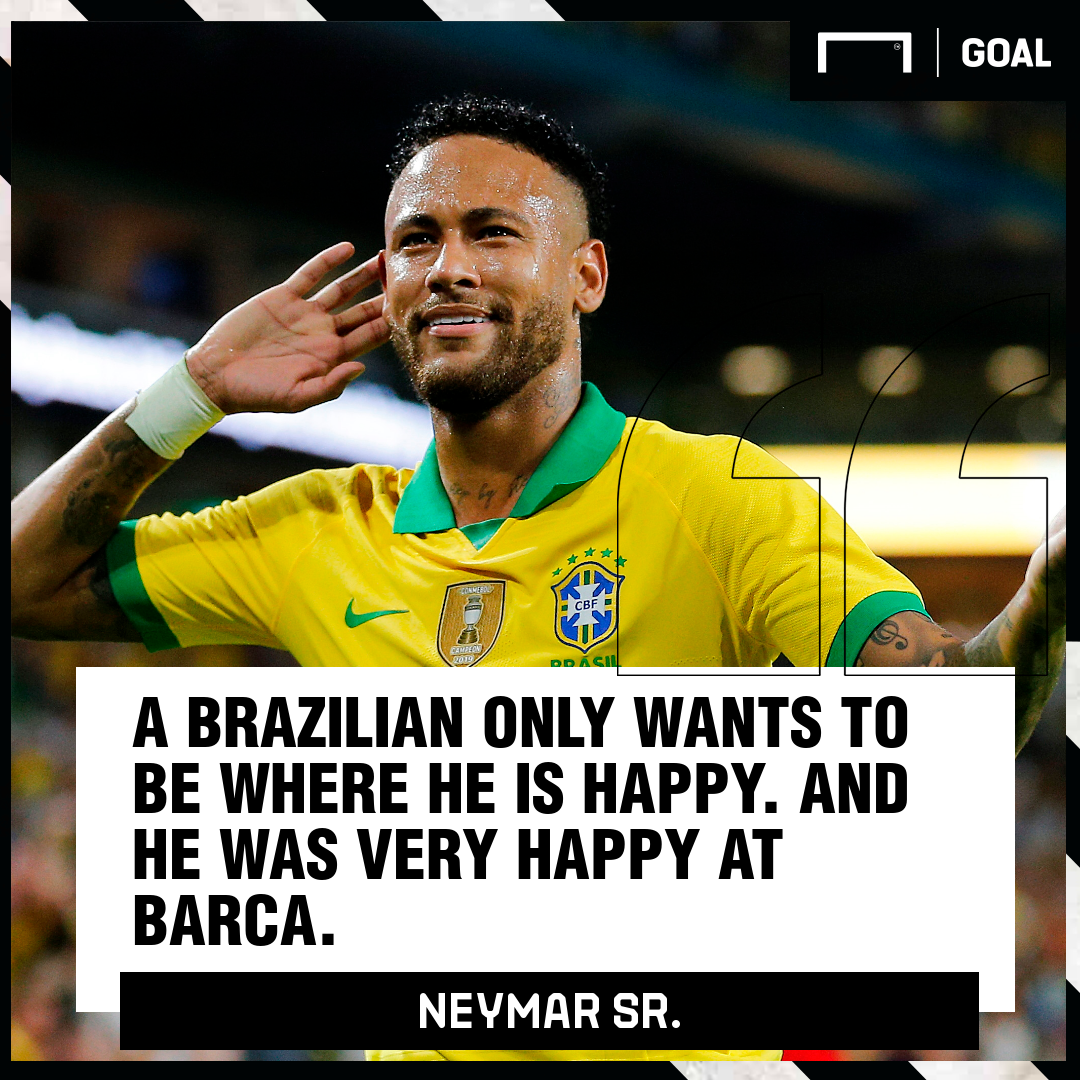 “A Brazilian only wants to be where he is happy. And he was very happy at Barca,” agent and father Neymar Sr. fired on Tuesday. “When his friends asked him if he would like to go back, he was moved.”

Judging by her recent comments, Wanda is not too happy that her husband and client has had to move to France, given Inter's refusal to let him stay at San Siro, or sell him to bitter rivals Juventus.

"The kids go to school in Italy, so we'll live between Milan and Paris," the former model told Telefe. "Of the three options we had, PSG was the worst for me, because I have to go back to live in Milan with the kids.”

Icardi's fall from grace at Inter – losing the captain's armband last season after falling out with his employers and some of his team-mates – was spectacular.

But then, his time at San Siro was never dull, with goals and controversy arriving in almost equal measure throughout his six-year stay at the Giuseppe Meazza.

Indeed, the Argentine had almost been stripped of the captaincy three years previously after taking aim at Inter's ultras in his autobiography.

Nara, too, matches Neymar Sr. step for step when it comes to sparking transfer speculation, linking her client with clubs as varied as Real Madrid, Juventus, Boca Juniors and unnamed Chinese Super League candidates over the years. 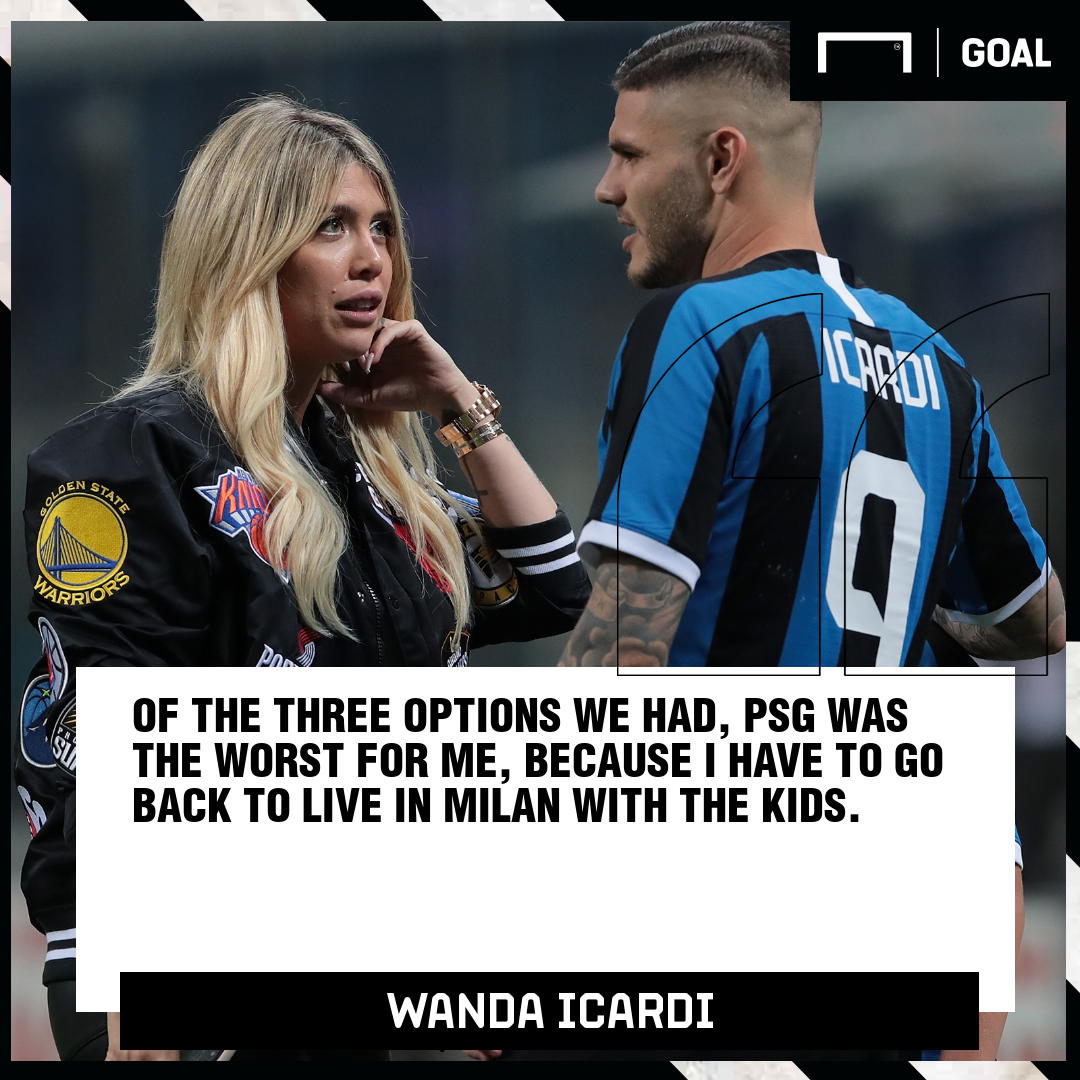 All things considered, Neymar and Icardi lining up together could create plenty of headaches for PSG, particularly when one also adds Edinson Cavani – a previous antagonist of Neymar's following a frankly ridiculous row over who takes penalties – and Kylian Mbappe – who appeared to shove the Brazilian out of a team photo at the height of transfer speculation – into the mix.

But one thing is also clear: those four together are perhaps Europe's most talented forward line.

None of PSG's potential Champions League opponents can boast an attacking quartet of that calibre, blending youth, experience, deadly finishing and outrageous technical ability (and certainly no lack of confidence).

Thomas Tuchel will struggle to find room for all four on the field, a potential pitfall with so many big personalities in the dressing room; but it is a dilemma most coaches would welcome.

Whether that will be enough to finally deliver the European glory the French side so desperately crave is, like every other issue surrounding these superstars, open to debate.

But on the field and off it, Neymar, Icardi and the Parisians should prove captivating viewing over the course of 2019-20.