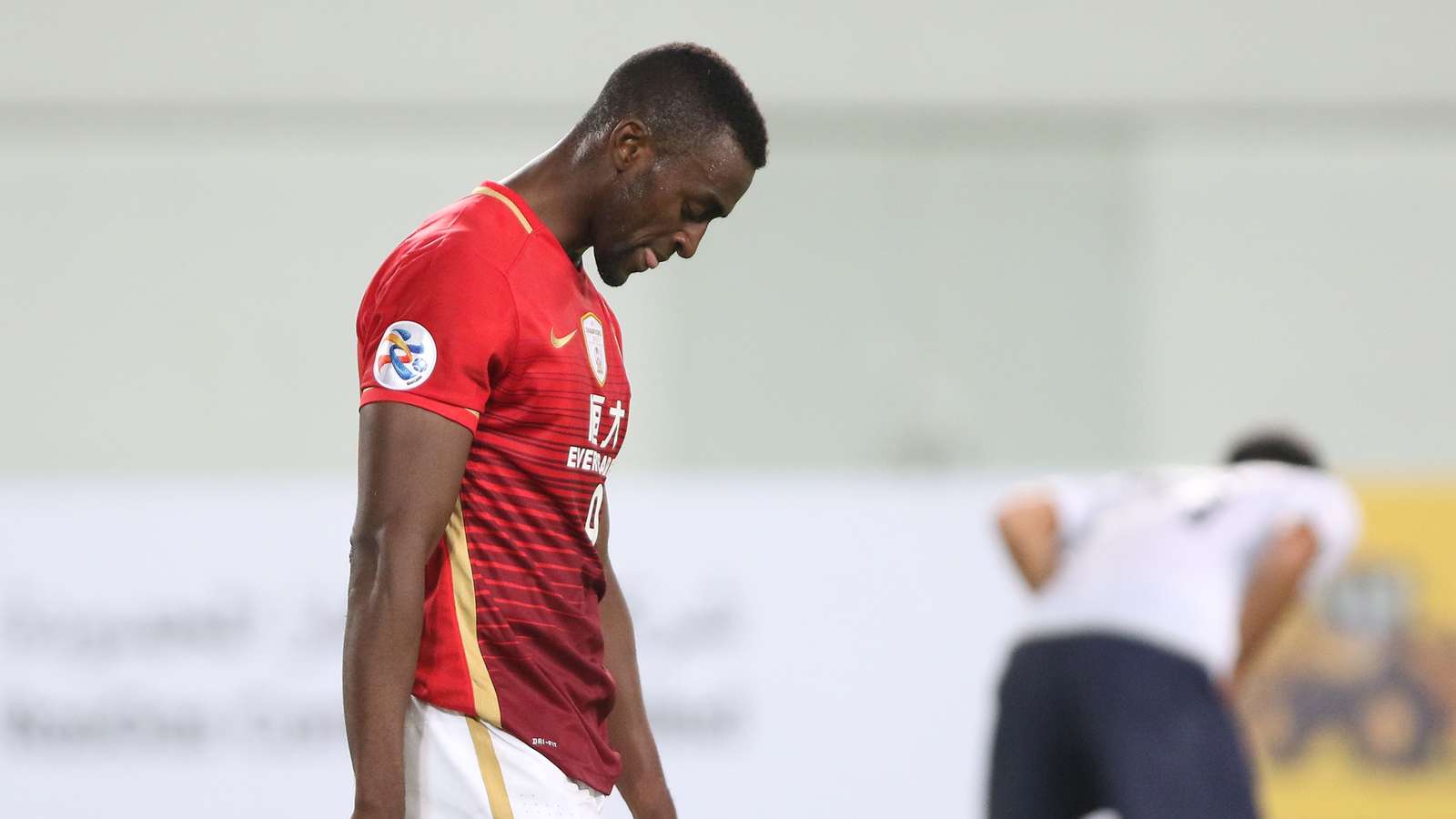 Jackson Martinez's transfer from Porto to Atletico Madrid in July 2015 was supposed to be the pivotal moment of his career, his long-awaited entry into the big time.

However, by February of the following year, the Colombian striker had joined Chinese outfit Guangzhou Evergrande, claiming it was the right move for both Atleti and himself.

"It has been an honour for me to be a part of this club, but I think the time has come to start another stage in my career," Martinez said in a farewell statement.

"We have talked a lot in the last [few] days and we have agreed that this is the best for all of us."

Why, though? Why did both Aletico and Martinez feel that they would be better off without one another after just seven months together?

When Martinez arrived in Madrid, he was 28 and, seemingly, at the peak of his powers. He was considered one of Europe's most feared attackers, with his pace, power and aerial ability consistently proving a nightmare for defenders to handle.

Indeed, the centre-forward had scored an extraordinary 67 goals for Porto in just 90 league matches. He hadn't just impressed in domestic competition either.

Martinez had also shone during Porto's run to the Champions League quarter-finals in 2014-15, finding the back of the net six times in seven games, including scoring in both legs of the last-eight loss to Bayern Munich. 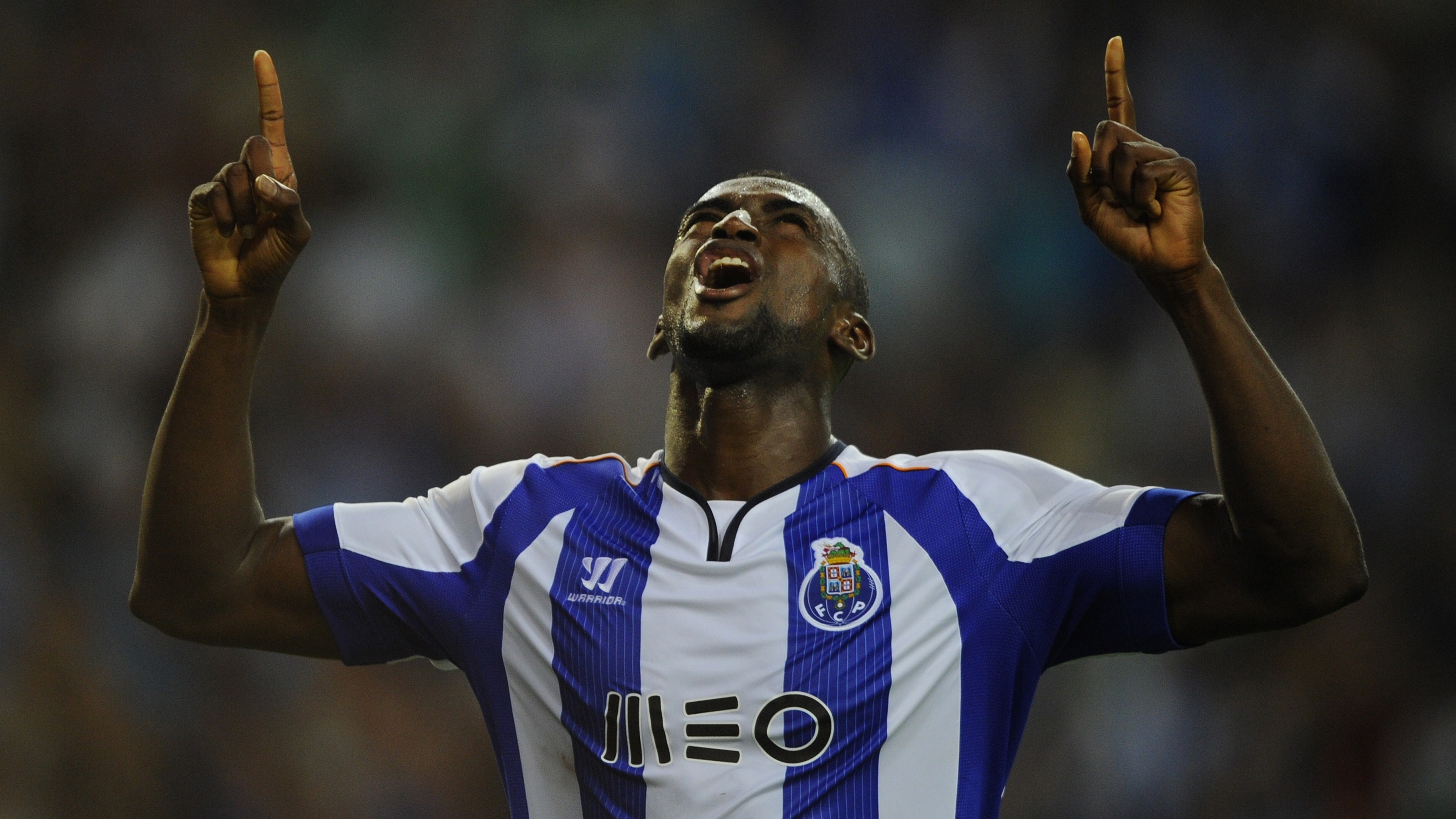 He moved to Atletico on a four-year deal after the Spanish capital club activated his €35 million (£30.2m/$38.6) release clause and when scored on his second Liga appearance, the South American looked set for a successful career in the Spanish capital.

But in two of the next four league matches, Martinez was substituted at half-time by coach Diego Simeone and it became clear that the star summer signing was struggling to settle into the team.

Martinez only got two more goals before his Chinese exit in February, with an ankle injury keeping him out for a month and Simeone opting to use him as backup to Antoine Griezmann and Fernando Torres.

Not long after Martinez had landed in China, Atletico midfielder Gabi Fernandez suggested that the failure of the forward's transfer went beyond any fitness or tactical issues.

"We all saw that Jackson didn’t fit into the squad," he told Radio Marca, "because of his way of working."

Midfielder Oliver Torres knew Martinez well, having been his team-mate at both Porto and Atletico Madrid, and he revealed a change in the attacker's mindset as he started to struggle in Spain.

Martinez began to isolate himself, barely communicating with the rest of the squad.

"We practically spoke with him once a week, Torres told Marca. "Everyone tried to help him, but nobody knew what was going through his mind." 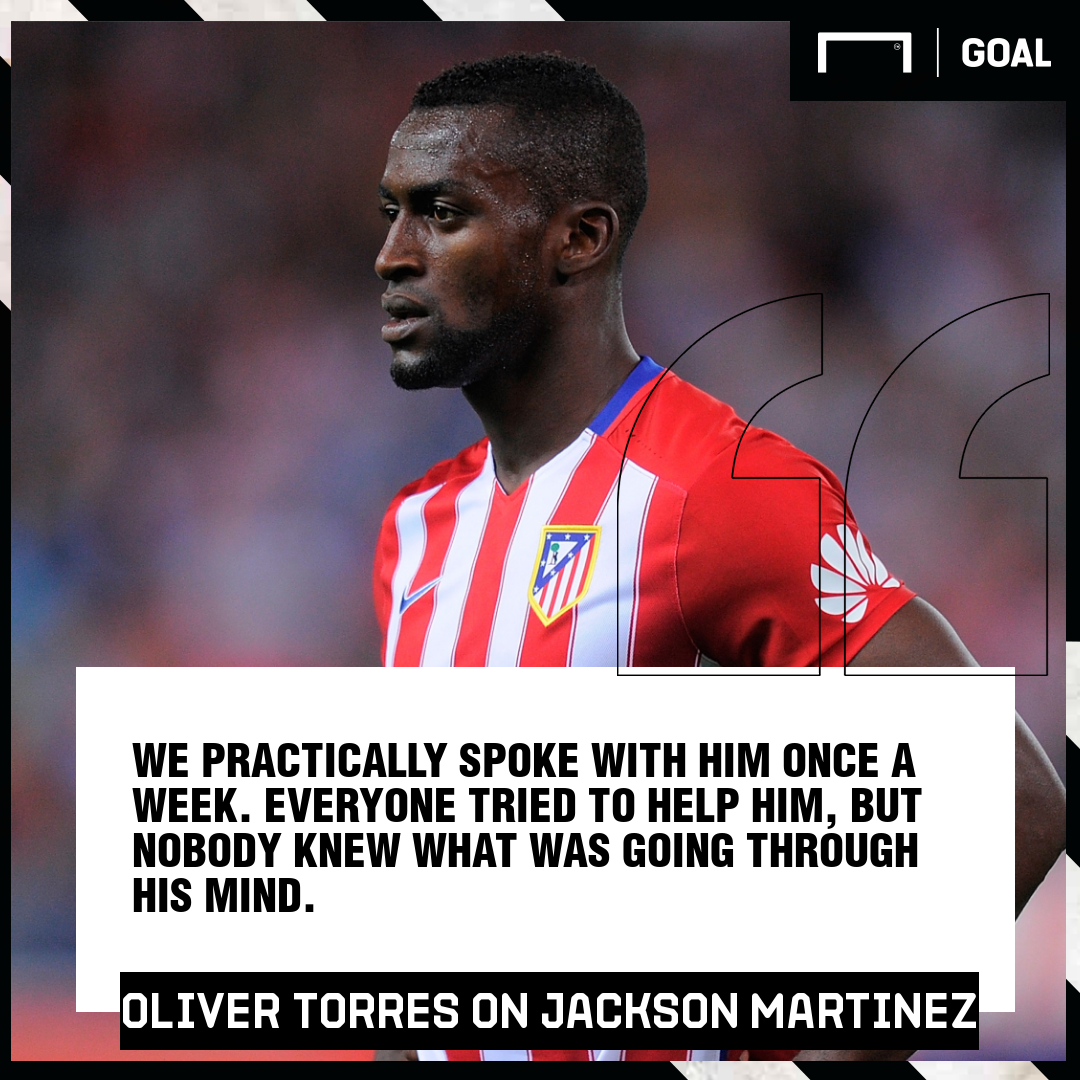 An unnamed team-mate in the same Marca report said: "[Jackson] believed more in God than in himself. The pressure got to him; he never looked confident.

"His problem was an inability to adapt to this team's dynamic."

With Simeone's Atletico playing a counter-attacking style, Martinez was being asked to hold the ball up, rather than run in behind defences.

The Argentine coach is known for jettisoning players from his first-team set-up while they adjust to his playing style, with even Griezmann having required a period of adaptation after his move from Real Sociedad.

However, the ploy proved counter-productive with Martinez, on account of his diminishing self-confidence.

It was hardly surprising, then, that Martinez jumped at the opportunity to try to kick-start his career in China with Guangzhou, who broke the Asian transfer record of the time by acquiring his services for €42m (£31.8m/$46.3m).

However, scoring in each of his first three Chinese Super League games, Martinez was struck down by a horrible ankle injury that sidelined him for the entirety of the 2017 and 2018 seasons.

Guangzhou, ultimately, decided to cut their losses on their expensive acquisition and allowed him to join Portimonense this summer, after spending last season on loan at the mid-table Liga Nos side.

The Portuguese league was once Martinez's playground, where it would be a surprise if he didn't find the back of the net. He has failed to score once so far this season, though.

Martinez looks a shadow of his former self, little more than a painful reminder of the importance – and, indeed, the fragility – of self-confidence at the highest level of the game.