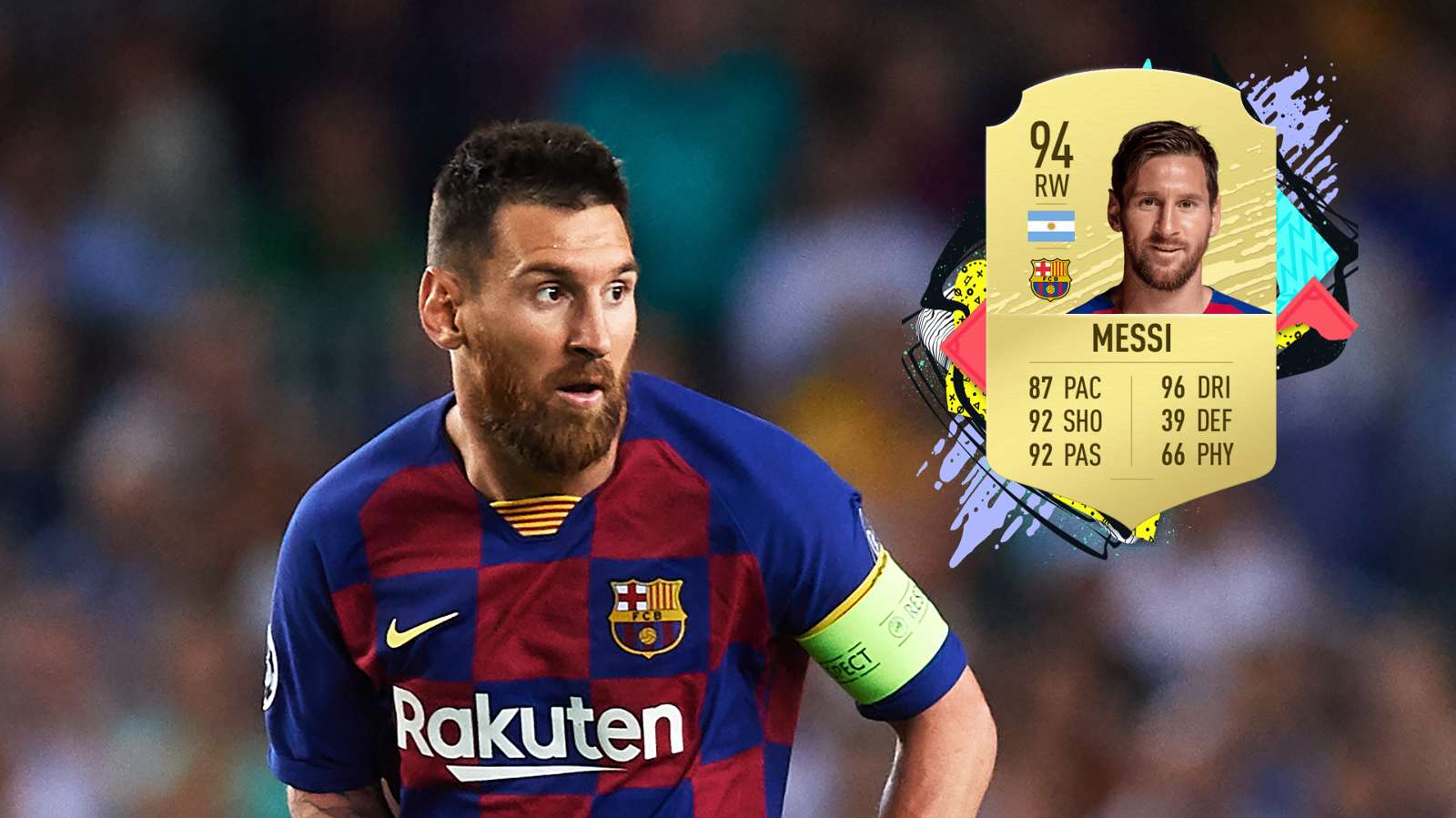 Getty
The Barcelona attacker is the highest-rated player in this year's game, but how can you sign him and what is his transfer value?

Lionel Messi is the highest-rated player in FIFA 20 and every manager dreams of signing the Barcelona superstar in Career Mode. Surprisingly, prising the 2019 Best FIFA Men's Player winner from Barcelona is easier than you might expect as long as your chosen club has the transfer budget and reputation to attract the winger.

Europe's biggest clubs are capable of adding Messi to their books even without the draw of Champions League football as Manchester United have the resources and reputation to sign him in the first transfer window. Manchester City also have the money, but Liverpool's initial budget means he is off the market unless a player swap deal can be agreed. Similarly, Arsenal, Chelsea and Spurs also don't have enough money to sign him outright.

Paris Saint-German have the budget to bring in Messi, completing a strikeforce of Kylian Mbappe, Neymar and Messi which would be impossible to defend against. Only Bayern Munich can afford Messi from Germany, while Inter and Piemonte Calcio (as Juventus are known in FIFA 20) would need to agree a player exchange deal to attract him to Serie A. Dreams of a Major League Soccer move are out of the question as no club has the capital or the reputation to get Messi to move to the United States.

Atletico Madrid would have to offload players to sign Messi, while Barcelona actually are willing to sell him to Real Madrid in FIFA 20 - something which is unimaginable in real life!

How much does it cost to sign Lionel Messi in FIFA 20?

You will need a bid of at least £100m to buy Messi from Barcelona in FIFA 20 Career Mode. This can be reduced by including players in a swap deal, with Barcelona looking for a winger, a centre-back or a midfielder as part of a trade. They also initially demand up to £140m for the Argentina winger, but are willing to negotiate down to £130m.

His weekly wage at Barcelona is £509k (€565k/$638k). However, he is willing to take a reduced salary of as low as £340k with a signing bonus of around £2m. You will need to promise Messi he is a "crucial" part of the squad and offer a contract for at least two years. He is willing to agree a deal without a release clause.

When does Lionel Messi's contract expire in FIFA 20?

Messi's contract expires in 2021 in FIFA 20. This means he could be available on a free transfer as soon as the third season in Career Mode.

By then, he will be 34 years old and may have lost some of his pace and also seen some of his other attributes decline in game, but he will still be one of the best players in the world and a must-buy for any team that can afford him.

What is Lionel Messi's potential in FIFA 20?

Messi has a current ability rating of 94 in FIFA 20 and this is the highest score he can reach in the game. As he is 32 years old at the start of Career Mode, his potential rating is also 94 overall.

His potential rating returned to 94 overall in FIFA 18 and has remained at that score for FIFA 19 and FIFA 20.