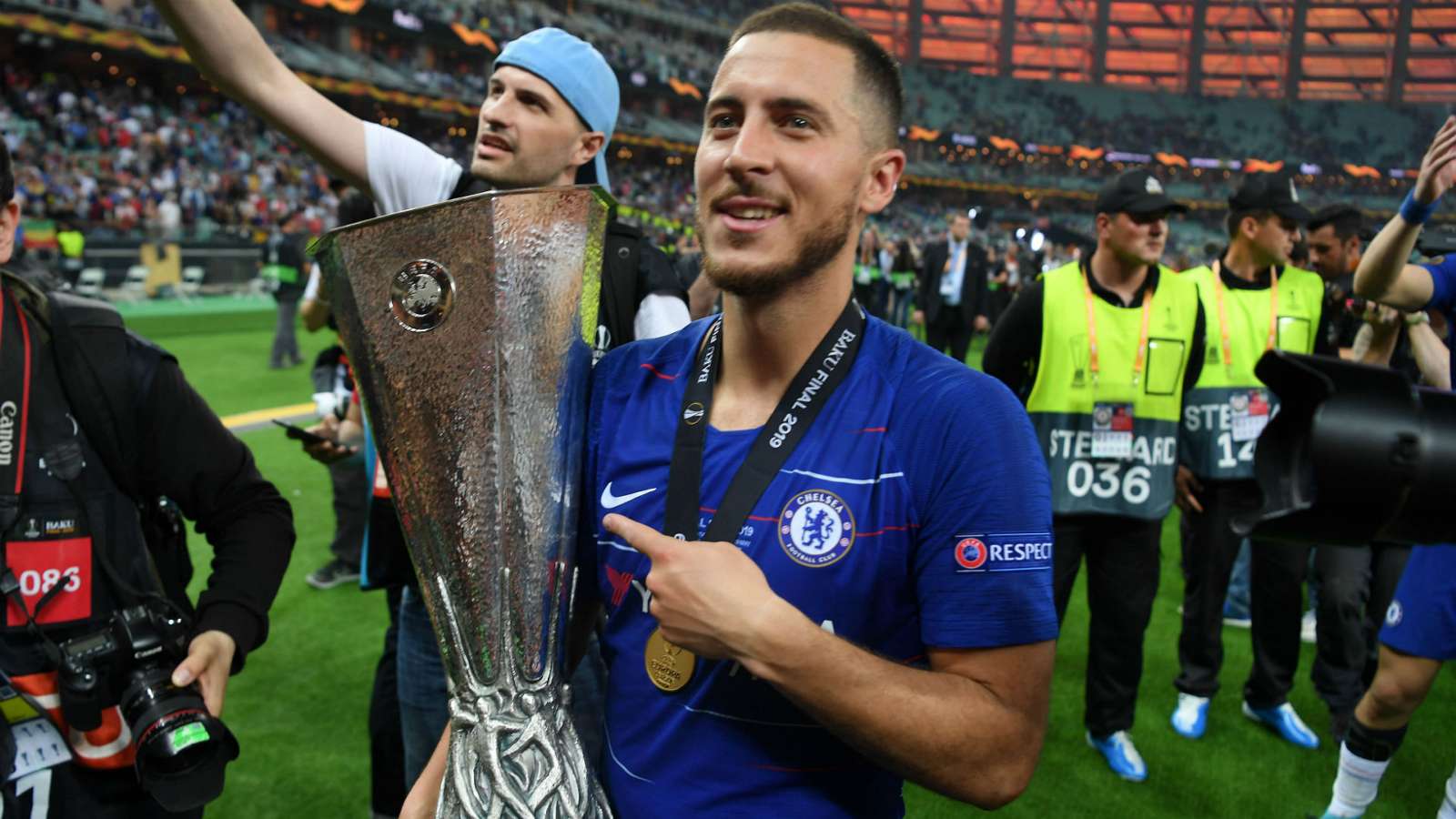 Eden Hazard admits that he had made his mind up to leave Chelsea in 2018 – a full year before he ultimately completed his move to Real Madrid.

Speculation swirled over the Belgium international attacker’s future at Stamford Bridge for months before a deal was eventually completed, and the 28-year-old concedes that the reports were not simply a case of smoke without fire.

He was, however, happy to remain with the Blues for a further year, winning the Europa League before completing a £130 million ($167m) switch to Spain.

“I'd already made my mind up after the World Cup and I said to myself: ‘I have to join Real Madrid now',” he told Real Madrid TV. “That wasn't possible and I spent another year at Chelsea and that made my departure easier. The club understood it and allowed me to leave.”

Hazard confirms that chats with international colleague, and former Chelsea team-mate, Thibaut Courtois were instrumental in the forward taking the plunge to complete a long-harboured ambition.

“My dream was always to play for Real Madrid, the greatest team in the world, and so far I'm happy,” the former Lille star said.

“Courtois always told me that this was the best club.

“I also spoke to [Luka] Modric and got the impression that they all wanted to see me at Real Madrid and it finally happened.”

Hazard has not enjoyed the best start to life in Spain, where he has mustered only one goal and two assists across the Primera Division and the Champions League.

He has also admitted that it has been difficult to inherit Cristiano Ronaldo’s No.7 shirt, while he has also been slowly getting up to speed after being troubled by a hamstring injury that was picked up during the club’s pre-season tour.

Hazard is not alone in struggling this season, with international team-mate Courtois having been the subject of stinging criticism after a number of sub-par performances, notably in the 2-2 Champions League draw against Club Brugge at home.

Madrid will face La Liga’s bottom side Leganes on Wednesday when they return to competitive action, with Zidane’s men seeking to improve on their current position of sixth in the standings.