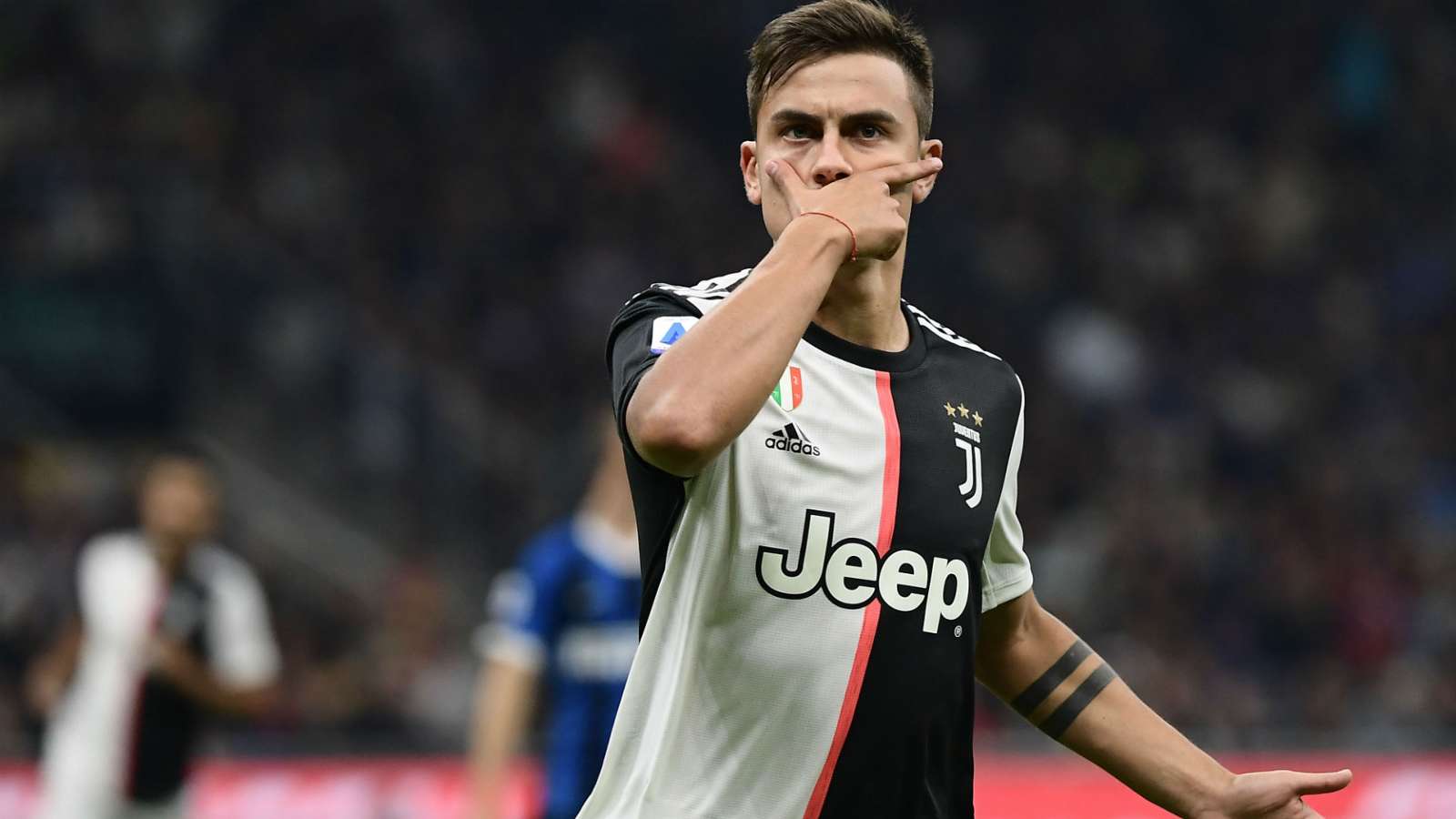 Getty
Linked with a transfer to the Premier League over the summer, the Argentine forward is happy he stayed and is enjoying playing under Maurizio Sarri

Paulo Dybala has reaffirmed his commitment to Juventus after a summer in which he came close to a move away from Turin.

It was an open secret that Juve were looking to sell the Argentine forward, with Manchester United and Tottenham among the interested parties. United seemed close to a swap deal involving Romelu Lukaku at one point, only for a combination of wage demands and agents' fees to become a sticking point.

Dybala has been reintegrated back into Maurizio Sarri’s squad, however, and has helped Juve to make a strong start to the season. The reigning Italian champions are top of Serie A and unbeaten in all competitions.

They also beat title rivals Inter at San Siro on Sunday, with Dybala and fellow former castaway Gonzalo Higuain both on the scoresheet. Dybala scored a fantastic opener barely five minutes in, smashing into the far corner past the desperate dive of Samir Handanovic.

Speaking to Tuttosport, Dybala has claimed that he always wanted to stay and fight for his place at Juve, saying: "I have not experienced an easy summer. Obviously hearing your name linked with every team you don’t want to go to is not a nice thing, but this is football.

“Before the market started I had already done an interview in which I said I wanted to stay in Turin, then I never spoke again, not even at the Copa America.

“I think it’s more important to talk on the field, with facts. You never know how the market goes until the last day, but I wanted to stay here, I wanted to continue my career at Juventus.

“I think I can still give so much to this shirt and I’m very happy with what I showed against Inter.”

“They are different in their way of playing and you can already see that,” he said.

“With Allegri we have done so many beautiful things, but I think Sarri is a little more offensive and you can already see that he plays more [offensively] than Allegri’s vision [of the game].

“To prove it [can be successful], we have to wait for what will happen. With Sarri it is so offensive, so it’s easier for us attackers.”