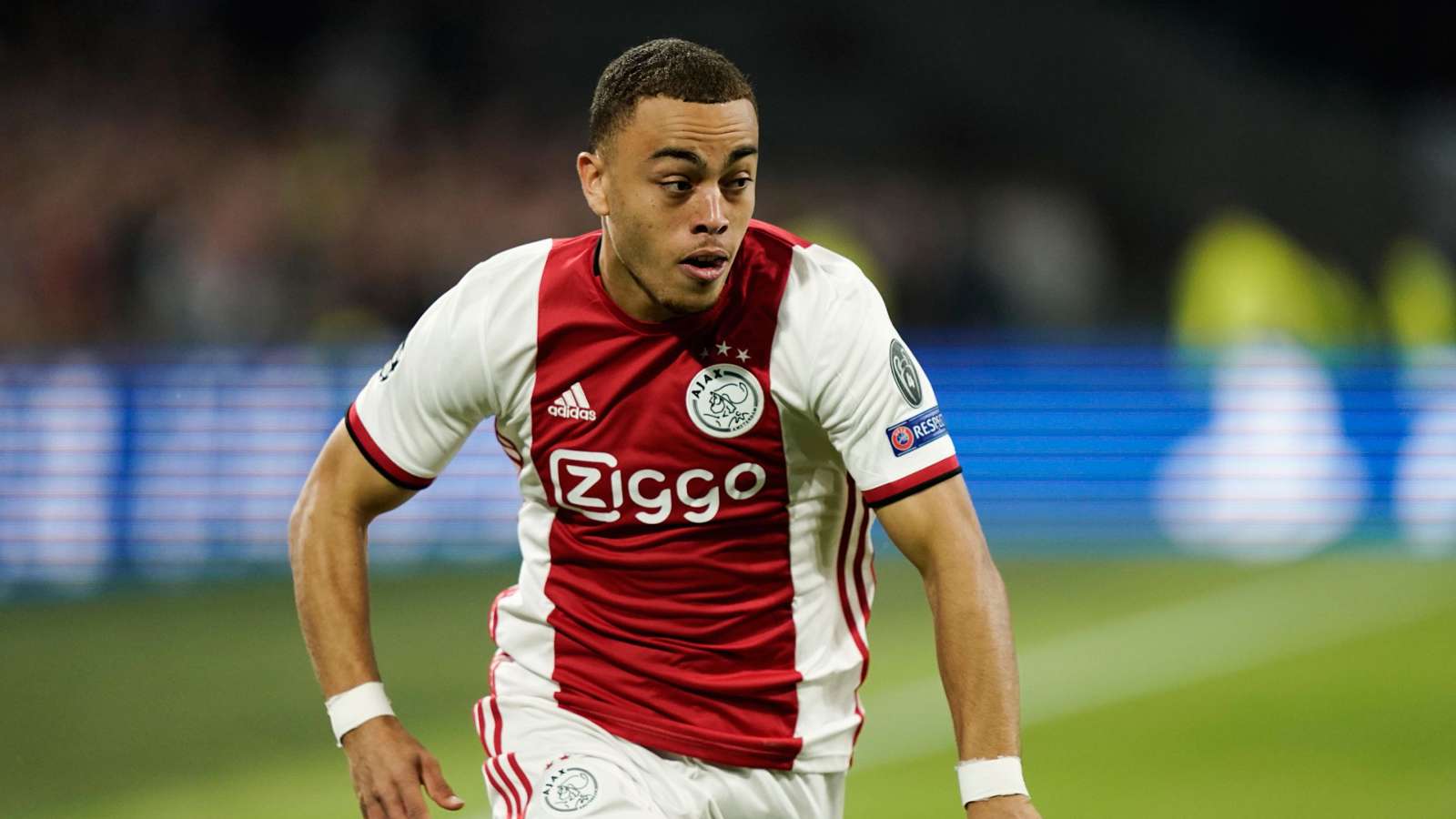 Sergino Dest has set his sights on playing for Barcelona and in the Premier League after recently deciding to forego interest from the Netherlands to represent the U.S. men's national team.

The Ajax defender made his decision ahead of the upcoming Nations League matches against Canada and Cuba, opting to commit his international future to the USMNT after representing the U.S. as a youth international.

Dest's decision comes amid a breakout campaign with Ajax, one which drew the attention of Ronald Koeman and the Dutch national team.

Koeman, a Dutch legend in his own right, spent some of the best years of his career in Barcelona, and Dest says he someday hopes to follow that path himself, much like former Ajax teammate Frenkie de Jong did this summer.

"I have a lot of goals still. I want to play one time in my career for Barcelona. That's my biggest goal," Dest told Bleacher Report.

"I also want to play in the Premier League, the biggest league in the world. Right now, I'm not ready for it. I still have to develop a lot of things, but I think I have the potential to reach it."

Dest joins the USMNT amid a period of uncertainty, with Gregg Berhalter's side having recently suffered a 2-0 loss to Canada in Toronto.

The 19-year-old defender made his USMNT debut in September in friendlies against Mexico and Uruguay, but did not feature in the recent Nations League games to prevent being cap-tied while making his decision.

And, now fully on board with the USMNT, Dest reiterated that he followed his heart, even if there are still some that criticize his choice to pass up the chance to play for the Dutch team.

"A lot of people, they were talking about my decision and some people said I was dumb," he said. "Some people appreciated it, but I think it's a decision for me. It's my life. I decide what I do in my life and if people don't want that, that's their problem.

He added: "I believe in them. I think all the young players have developed very well. We're going to have a different team in the future."