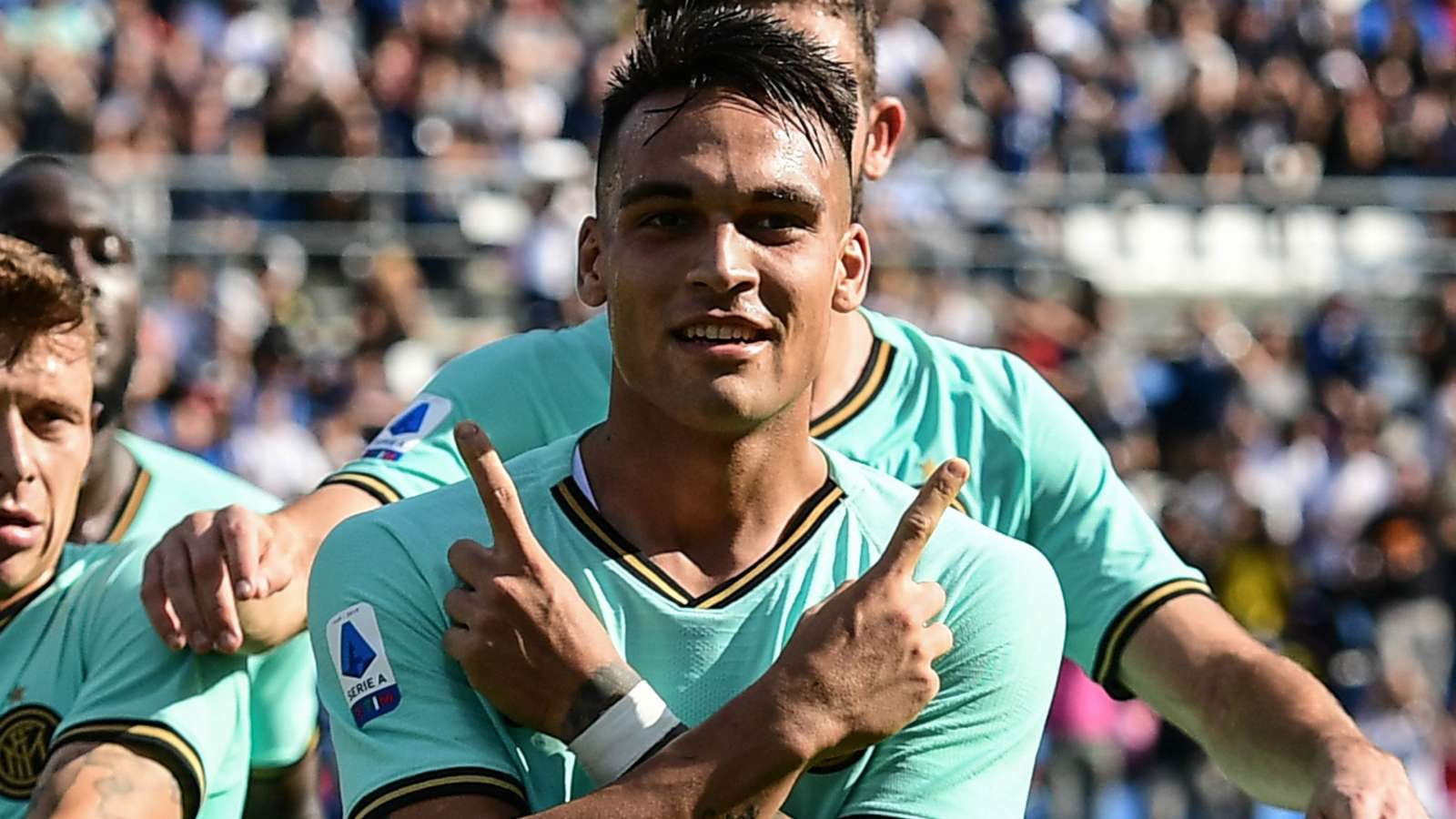 Getty
The Argentine forward has been linked with replacing Luis Suarez at Camp Nou, but his current manager thinks he still has room to improve

Antonio Conte is not concerned about speculation linking Lautaro Martinez with Barcelona and has challenged the Inter forward to take his game to the next level.

Reports in Spain have suggested Barcelona are eyeing the Argentina international as a long-term replacement for Luis Suarez, while Manchester United are also rumoured to be interested in the player.

Martinez scored for Inter in their 2-1 Champions League loss at Camp Nou last month and already has seven goals in all competitions this term, striking up an excellent partnership with Romelu Lukaku.

Yet despite the speculation, Conte has told the 22-year-old to continue working hard if he wants to maximise his obvious potential.

"We look to the present to build the future," Conte said at his pre-match news conference ahead of Saturday's trip to Bologna.

"He is working well and has made good progress. He can still make further progress because he is still only 22 years old.

"He has to continue to work hard. Much of the transfer talk comes from that and it cannot be seen as a problem at this moment - there are bigger concerns.

"He must try to be more selfish when he has a chance to score. It's all part of his growth process. I want to improve all of my players."

While Martinez has thrived under the coaching of Conte, team-mate Valentino Lazaro has struggled since arriving from Hertha Berlin in a €22 million (£20m/$25m) deal during the close season.

Amid talk that Inter are looking to bring in a new right-sided player, Conte has vowed to give the Austria international a chance to justify his price tag.

"He has been used seven times this season and for his national side he is very promising," he said. "At Hertha there is less pressure than he has found in Milan.

"He is working hard and we will give him the opportunities to start games. It was a big investment for him."

Inter have won eight of their opening 10 league matches - equalling their best Serie A return at this stage - but are still one point behind champions Juventus.

The Bianconeri's period of dominance started with Conte at the helm, but the Italian coach has played down comparisons between his first seasons at Juve and his early work at Inter.

"There is an important difference - we did not have cup competitions in the first year at Juve," he said. "We could dedicate ourselves, heart and soul, to the league. We played in the league, and then the league again.

"It is not the same thing here - the expenditure is very high. One thing that I am sure of, here we also have to play a thousand miles per hour. If we take our foot off the accelerator, it will be difficult to win games.

"We must sweat for the victory. That is beyond doubt and must be clear to all the players."