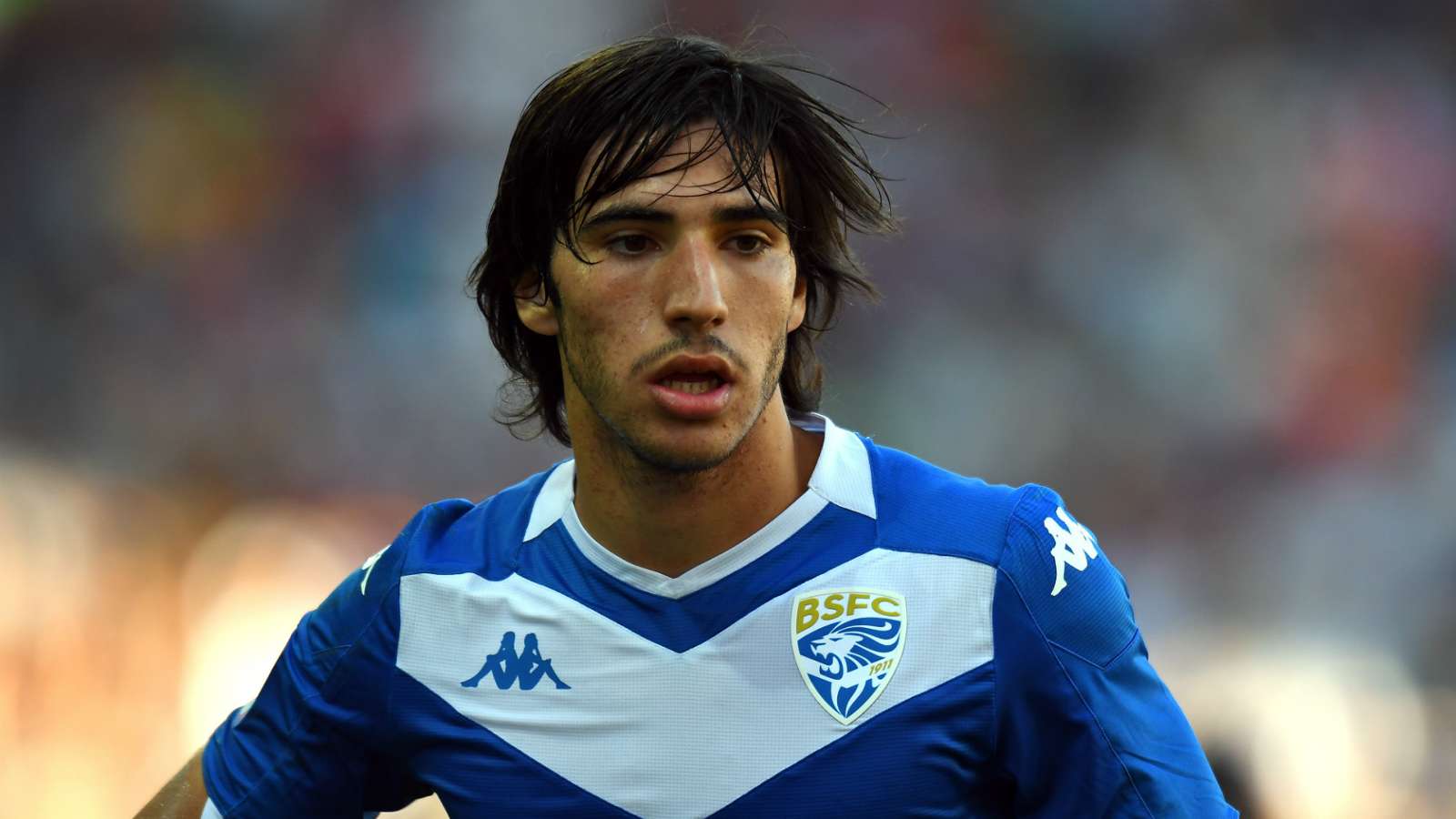 Getty
Owner Massimo Cellino says it would take a huge offer for him to sell his star asset, but admitted bigger clubs are circling the 19-year-old

Manchester City, Paris Saint-Germain and Atletico Madrid are among a host of major clubs interested in signing Brescia midfielder Sandro Tonali, according to the club's owner and president Massimo Cellino.

Tonali, 19, is one of Italy's brightest prospects, having broken into Brescia's first-team picture at the age of 17.

A technically gifted deep-lying playmaker who is often likened to Azzurri great Andrea Pirlo, Tonali made his first appearance for Italy in the Euro 2020 qualifying win over Liechtenstein on October 15.

He played 34 league games last season as Brescia were crowned Serie B champions and earned promotion back to the top flight, with many expecting the midfielder to be snapped up by a bigger club.

Brescia have managed to hold onto him, though, with Cellino suggesting it would take an eye-watering €300 million (£259m/$332m) for the club to part with him.

Asked by La Gazzetta dello Sport who was interested in Tonali, Cellino said: "All the big Italian clubs. Abroad there's Atletico Madrid, Paris Saint-Germain and Manchester City, but in my view, he'd be better off remaining a key player with Brescia.

"His agent and his parents were telling me about this €50 million evaluation. I replied that for me he is worth €300 million, which means I don't want to sell.

"I have a dream. If Sandro accepts, I am ready to make a big financial sacrifice to extend his contract. It's up to him to decide. He can stay here and enjoy his football or go to a big club and risk being left on the bench."

While Brescia are towards the lower end of the Serie A table, they go into the weekend's fixtures one point and two places outside of the relegation zone, with a game in hand.

They held onto single-goal defeats against both Juventus and Napoli, and earned a point against in-form Fiorentina last time out.

Summer signing Mario Balotelli missed the first four games of their league campaign through suspension, but has returned in recent weeks and scored his first goal of the season against Napoli.

Brescia travel to Genoa on Saturday evening, before a home fixture with Antonio Conte's Inter side and an important game against fellow relegation fighters Hellas Verona.