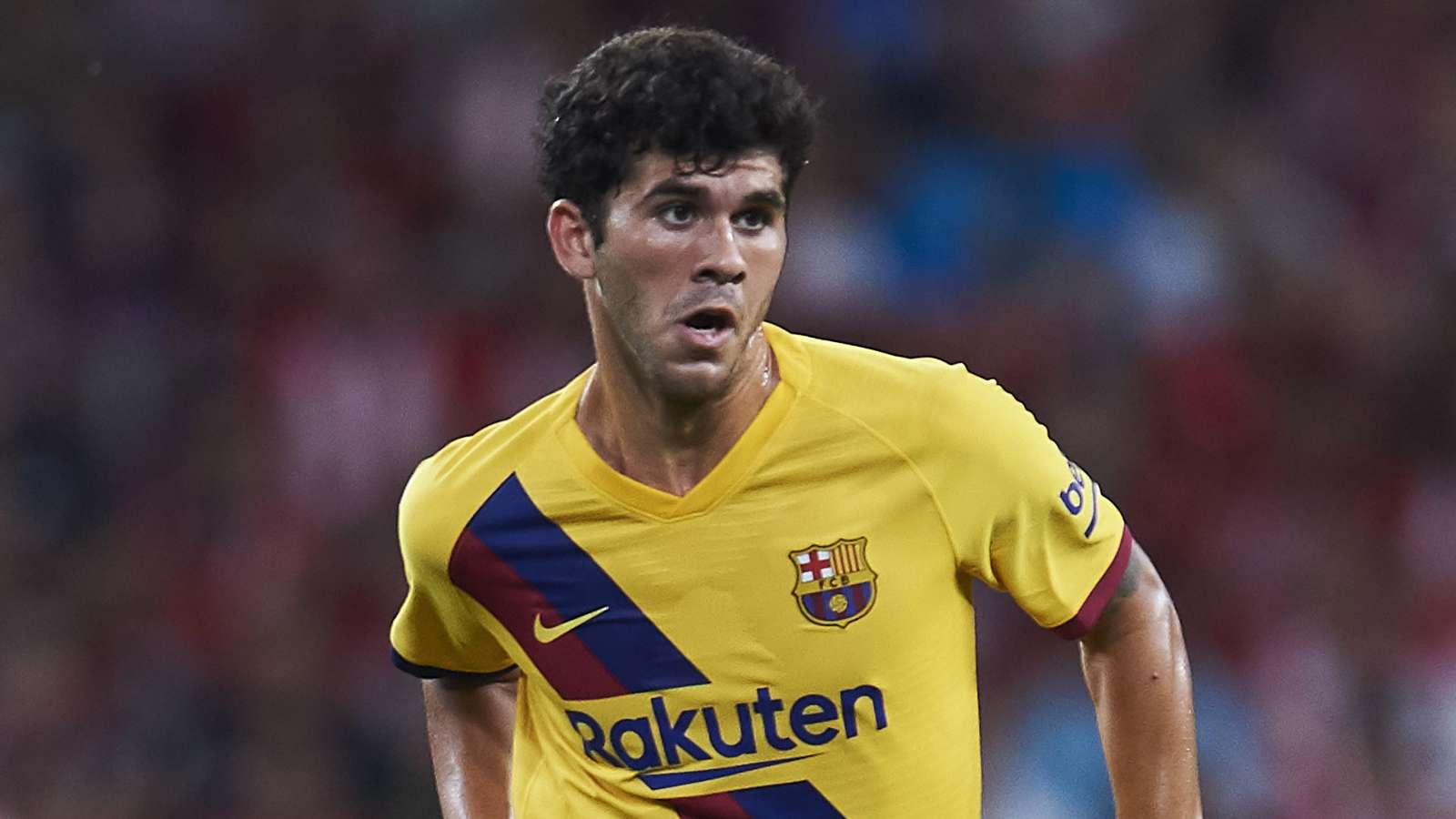 Carles Alena should not settle for a bit-part role at Barcelona and should consider opportunities to pursue his career elsewhere, according to Denis Suarez.

Alena, 21, has been sparsely used at Camp Nou this season despite a spate of injuries which have disrupted the Catalans early in 2019-20.

The midfielder has made one solitary appearance in La Liga and now appears surplus to requirements at Barca, despite coach Ernesto Valverde's assertions that the youngster "deserves to play more".

A possible exit route has now emerged in the shape of Tottenham, who have been linked with a loan move for Alena in January.

Suarez knows all too well what it is like to be in the background in Catalunya, having spent almost three years at the club without ever claiming a regular first-team spot.

And he did not hesitate in advising his former team-mate to consider his options.

"Alena is young and he is not getting the minutes he would have hoped for, [Barca] are a club with lots of talent and they have the most quality right there in the middle," the Celta player told Goal.

"There are a lot of talented players, so he will have to make his decision, whether he gambles on staying or looks for a way out with a transfer or loan.

"He is the one who has to decide but I would tell him that Barca is not everything in football, he could leave, do great and then come back. Or maybe the opposite, he could stay, start playing and win his place. You never know."

One youngster who has made rather more of an impact this season is Ansu Fati, the 17-year-old prodigy who has scored two goals in nine appearances following his promotion to the first team at the start of the season.

"I knew [Fati] from having seen a game of his in the youth team but he hadn't moved up to senior level yet while I was there," Suarez recalls.

"Obviously it is incredible for such a young kid to burst onto the scene at a club like Barcelona without playing for the B team, I hope he keeps playing, keeps growing and becomes the player everyone hopes he can be."

Suarez will be back at Camp Nou on Saturday for Celta's visit to the current Liga leaders, with the away side also in dire need of points after finding themselves in relegation trouble with just nine points from their first 12 games.